Back (at long last) to another beautiful summer morning in New Brunswick. We were really lucky with the weather when we were there. 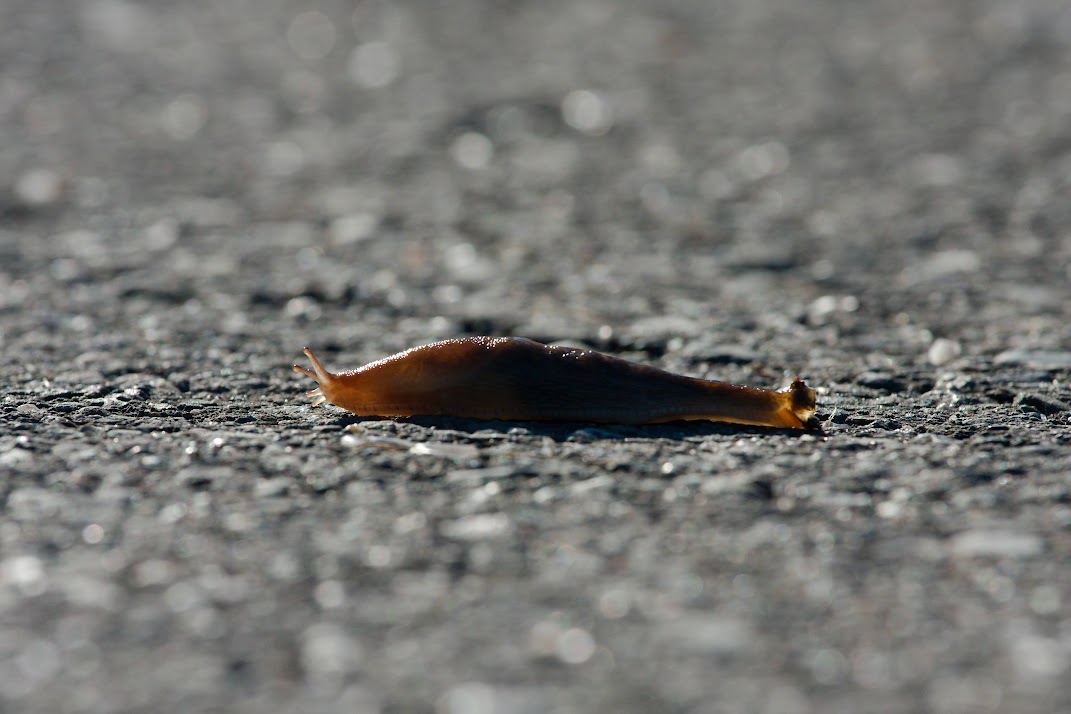 Oh, and slugs. Did we mention the slugs? In the area around our lighthouse slugs were everywhere in the mornings, and they were big!

But besides the slugs, we had less icky scavengers around the place as well. 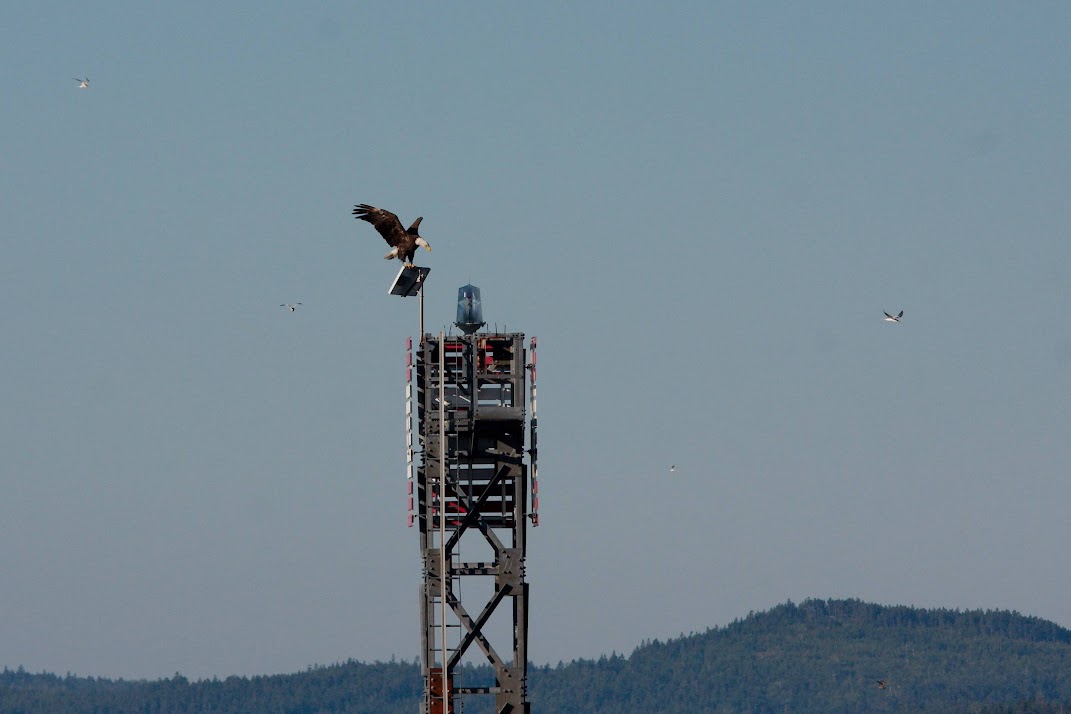 And some of the morning scavengers are two-legged, wear creeper t-shirts, and come when called for breakfast (if indeed they have not been up and scavenged breakfast for themselves before you even get up, lazy parents). 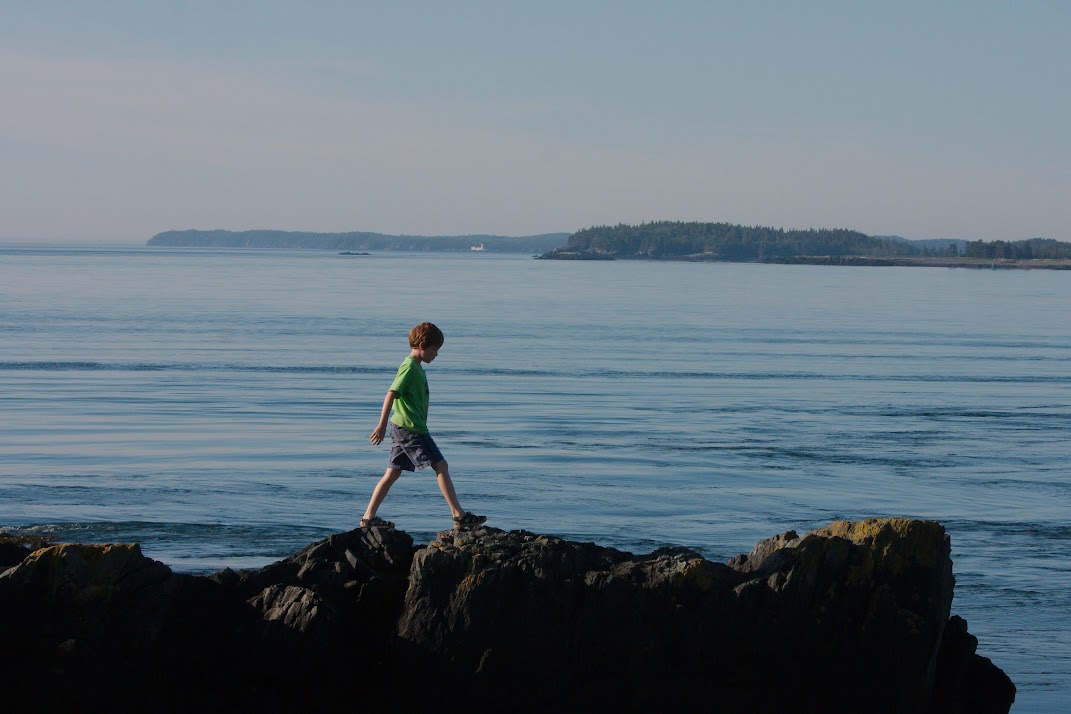 After this precarious adventure on the rocks by our lighthouse, collecting urchin shells, the kids wanted to go to visit the Huntsman Aquarium, for a closer look at some of the local sea life. 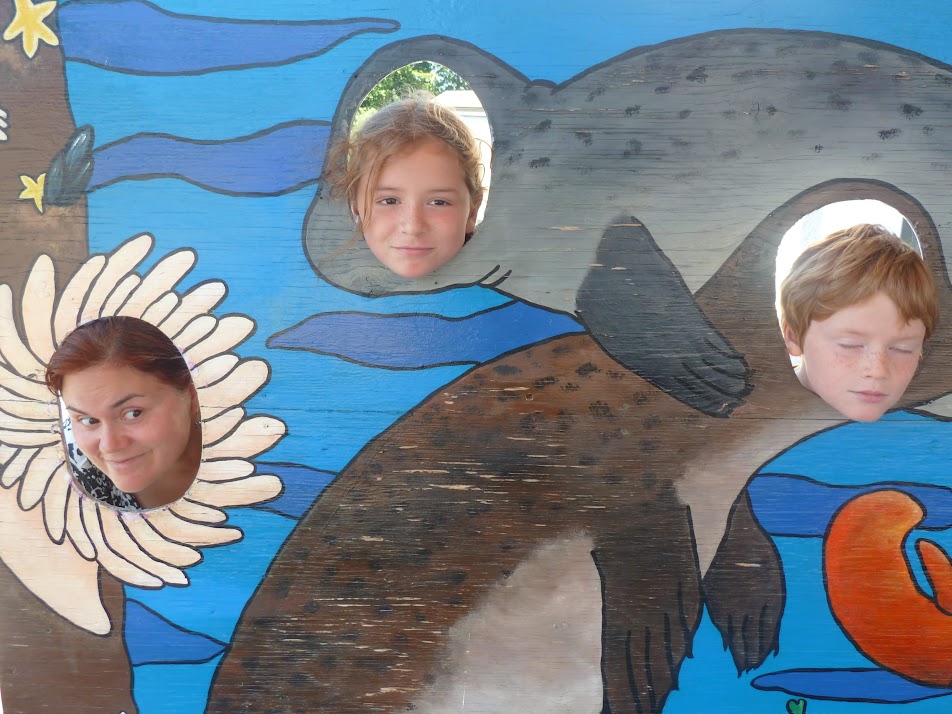 Is this close enough? 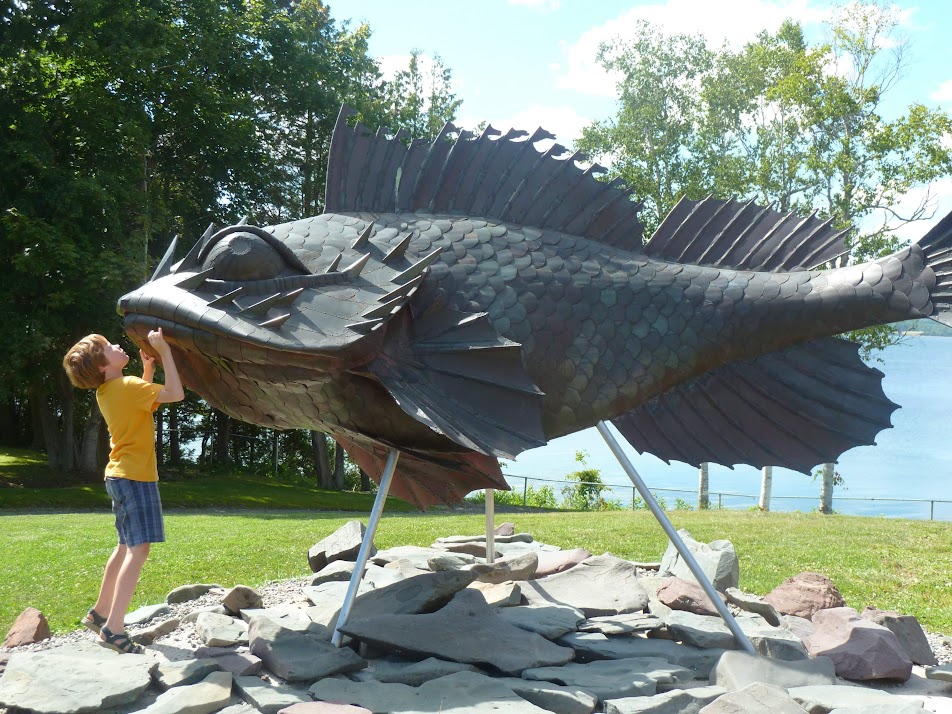 It looks like they had some pretty intimate moments there at the aquarium with the sea life. 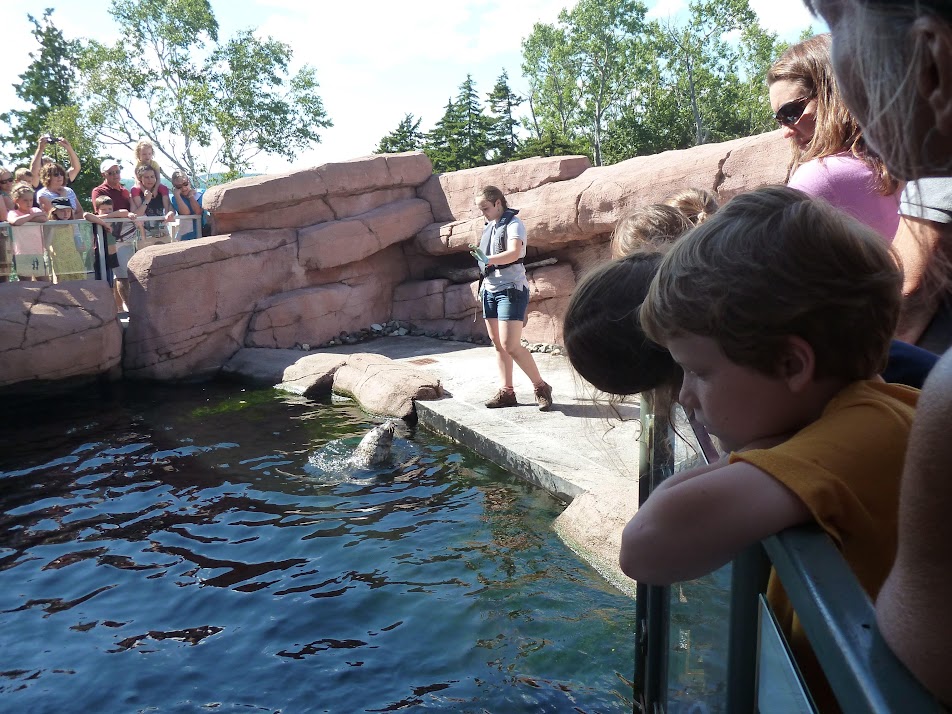 The highlight of the Aquarium visit was the seal show. We waited patiently for the trainers to come out and entice the seals with buckets full of fish. These seals are a father and son team, who have water pumping up into their tank from the Bay of Fundy. The water is freezing cold. 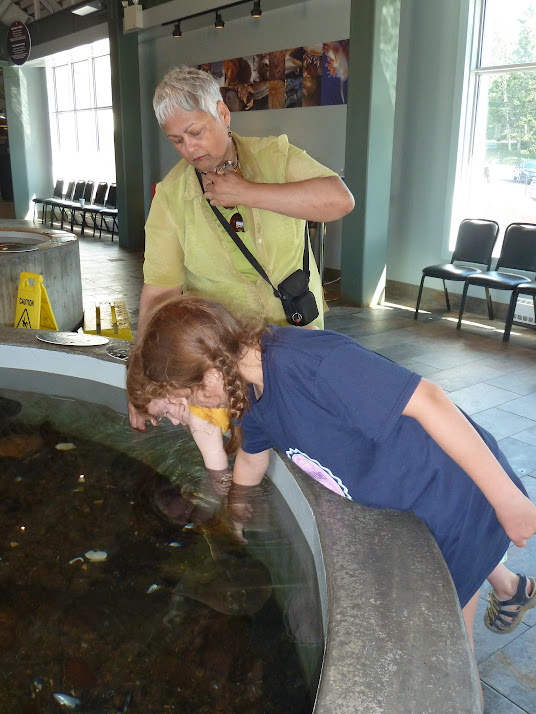 And finally, skating. That is, playing with the skates. The skates were part of a touch tank where the kids did a scavenger hunt to find all kinds of small sea life. The skates were the favourite because they seemed to like to be touched, flapping their "wings" enthusiastically for "belly rubs". 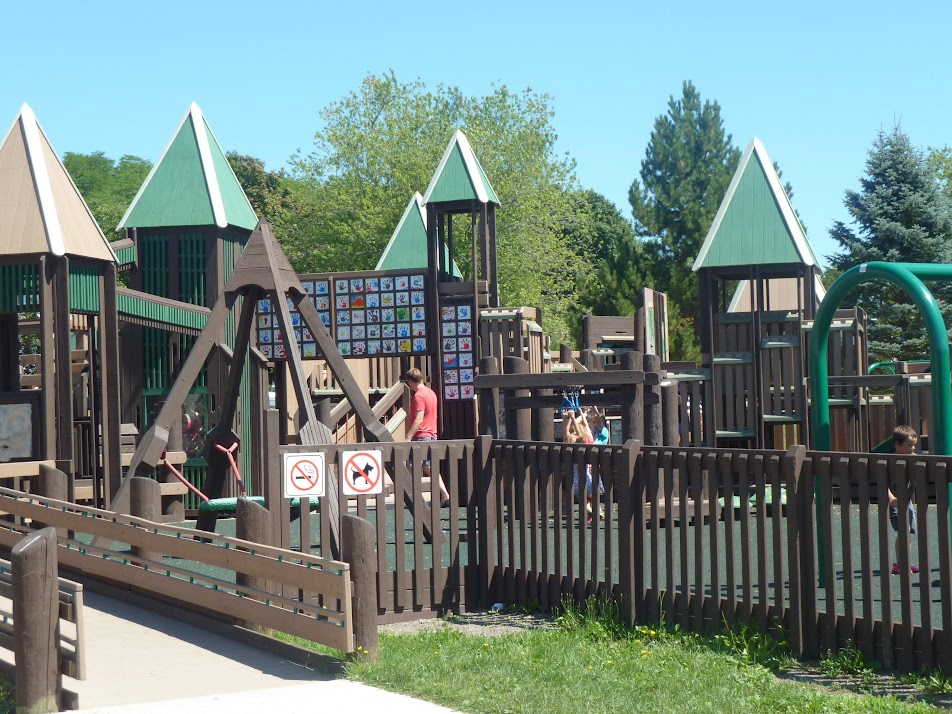 We had spotted this huge wooden playground when leaving Kingsbrae Gardens. It is somewhat similar to the one in High Park in Toronto the kids played at a few times, which was later burned down (and then rebuilt).