Eastward Day 6: The Other Day 6

For some reason, I really wanted to visit Saint John. It was the closest major city to the somewhat remote lighthouse cottage we were staying in. Our smaller town excursions have been good -- but I also was curious to visit a larger maritime city. So while the others went off to the Huntsman Aquarium (as chronicled in the previous post), I set off on a solo tour of Saint John for the day, with no real plan or purpose.

Here is a hop through my full album of the day. 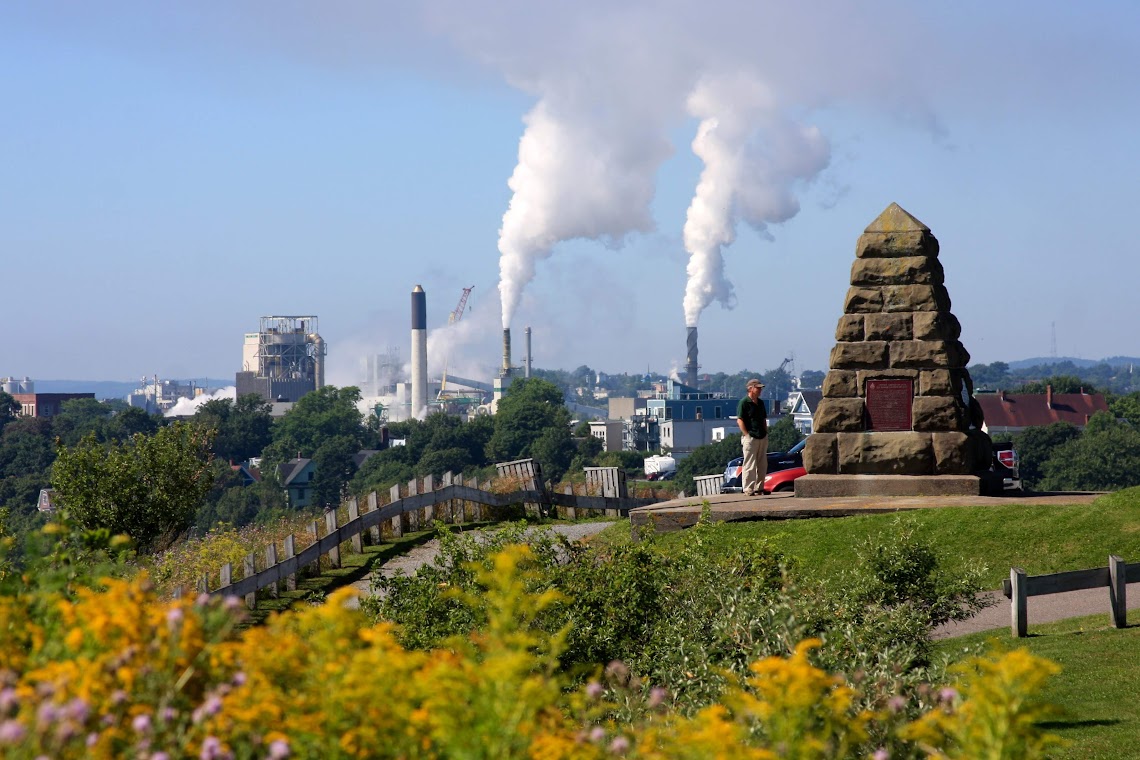 Behold, Saint John. This picture well summarizes many of my first confused impressions driving through the city. The crazy hills, the surprisingly heavy industry, the historic spots, all packed together. 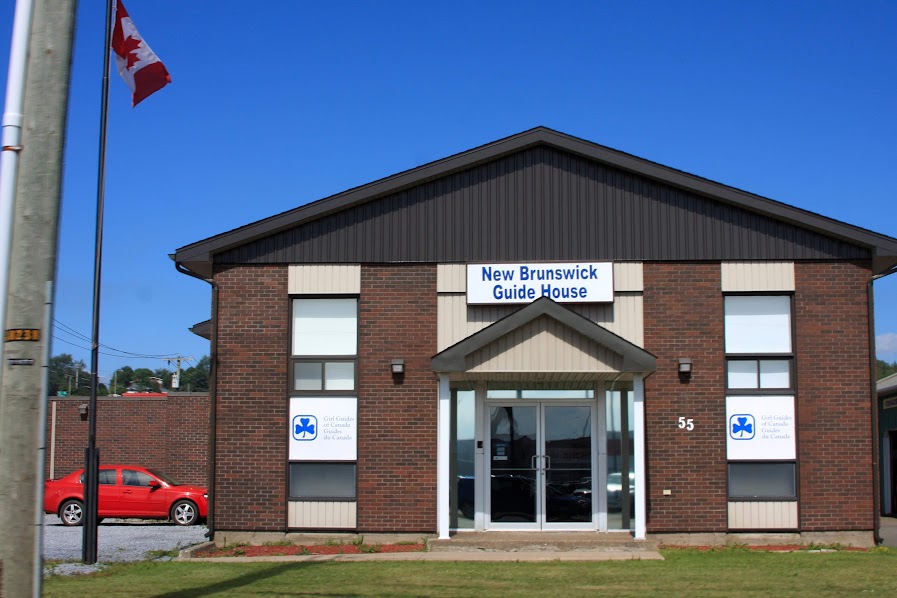 The reason we were in New Brunswick was for Aunty Belle -- to visit and bring some of her ashes to her beloved lighthouse retreat. Aunty Belle, as everyone knows, was very involved in Girl Guides all of her life, even becoming the Ontario provincial commissioner for a time. So it seemed amazing, in my random Saint John wandering, to suddenly see Girl Guild symbols on a building coming up on my left. I had to get a picture! I am still not sure how I managed to get this picture! My camera was in its case in the back seat of the car. But somehow I managed to get it in time, and take this (miraculously clear) picture, out my driver's side window, all while driving past. So, it may be silly, but this New Brunswick Girl Guild House picture is for Aunty Belle.

It was random that I passed the Girl Guide house, but I actually was not driving entirely randomly at that point: I had a destination. After having driven for quite a few hours, I was feeling in need of a refreshment break. I could have stopped at one of the ubiquitous Tim Hortons, as we did many, many times on our trip — but I was in a big city, surely there were other options. Yes, Costco! I figured my membership there would welcome me into their their bathroom, as if I was home. Also I needed some batteries. And a big box of fig bars. 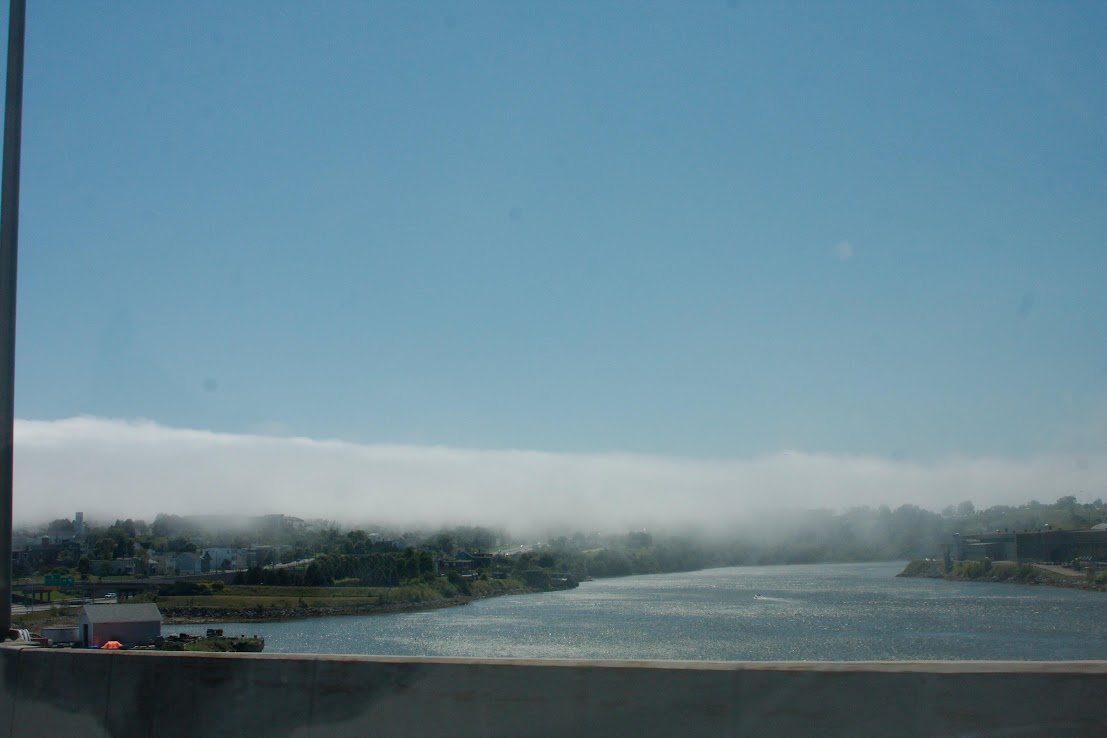 So I was driving around looking for the Costco, which I'd found on the map on my tablet. When I was approaching the corner my map had said it was near, I was looking around and there didn't seem to be any Costco around. And Costco is not a building that is usually very easy to hide. I was a bit bewildered, and turned onto the street, still looking around. No Costco. And then I looked up... there was an enormous hill, and at the very pinnacle of it, poking out over the corner, was Costco... as if floating in the clouds in heaven!

The following photo doesn't really do justice to the impression, as I have described. But it was the best I could do, once again grappling madly for my camera, while driving. 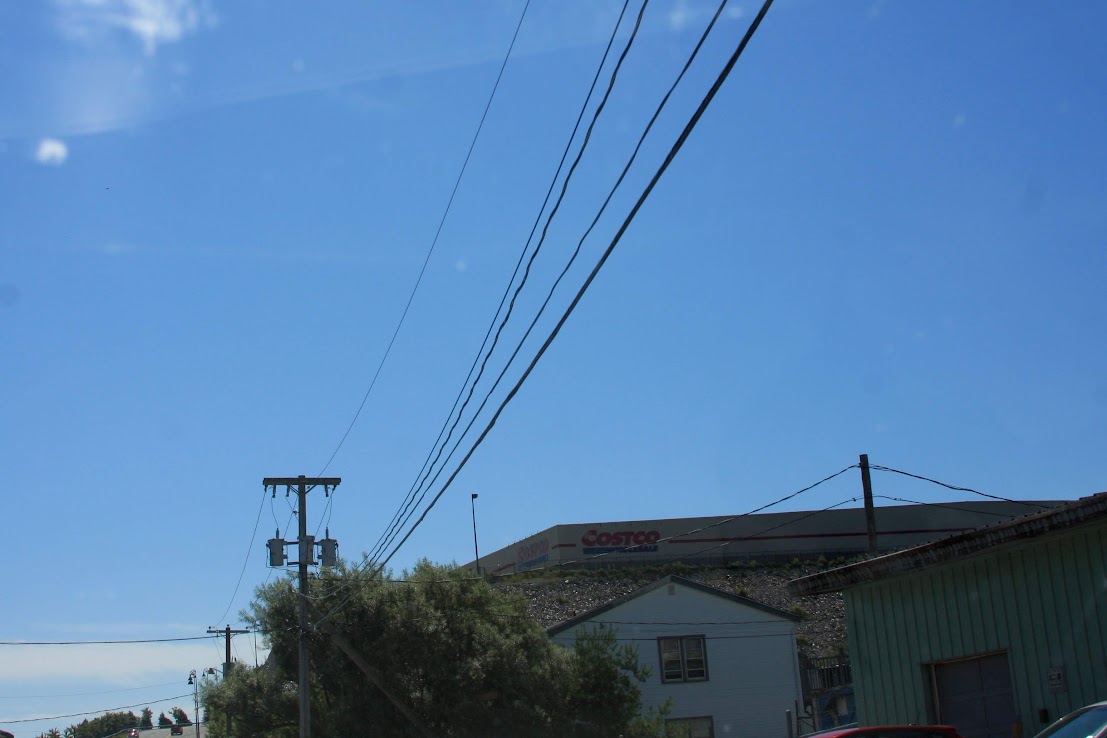 You had to be there.

After my pilgrimage to the Saint John Costco, all stocked up on fig bars, I decided to head over to the edge of the city where I'd noticed what looked like it might be quite an enormous park on my map. 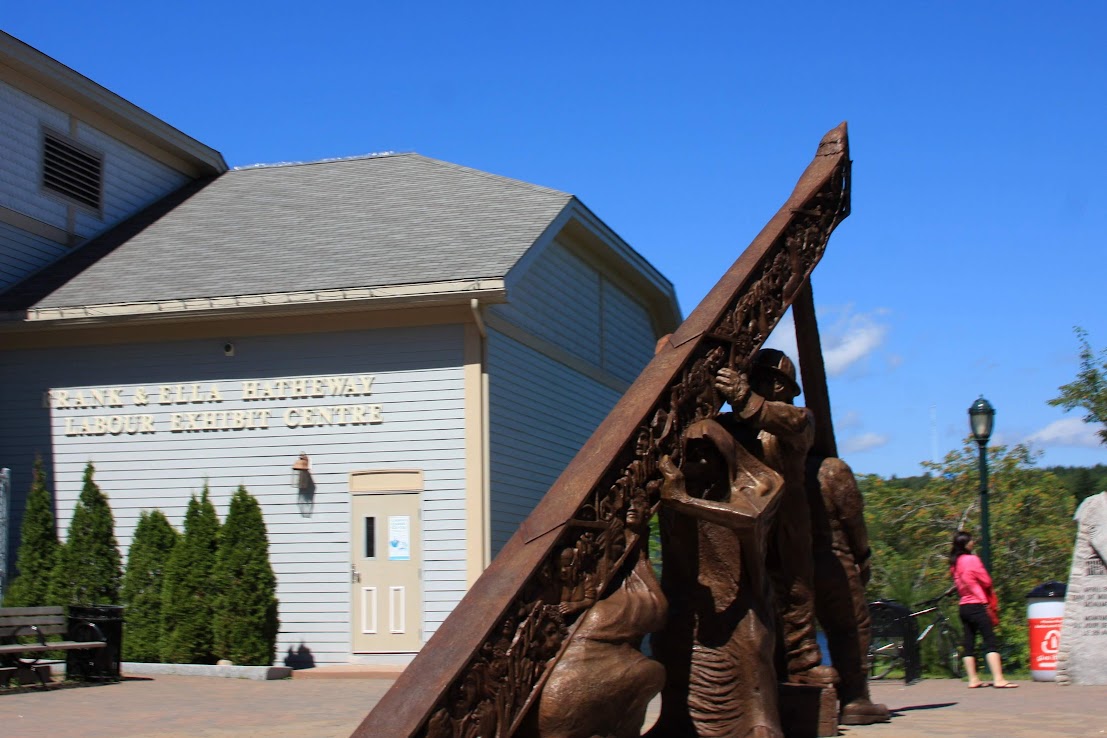 This building and sculpture was near the entrance of what turned out to be indeed a huge park. Behind this building is a lake on which there were many paddlers of all kinds, and a few sailors as well. And this was just one of the several little lakes contained in what I discovered Rockwood Park to be.

Rockwood park is so big, that if you hit the previous link you'll actually have to zoom out many times to see it all; and if you zoom out enough to also see the city you'll see the park is in fact practically as large as the city. There is a narrow ring road that goes around a lot of the park, with parking areas in various spots. There are paths of all kinds all over the place: everything from paved multi-use trails down to quite rugged dirt foot paths heading to and around various lakes. 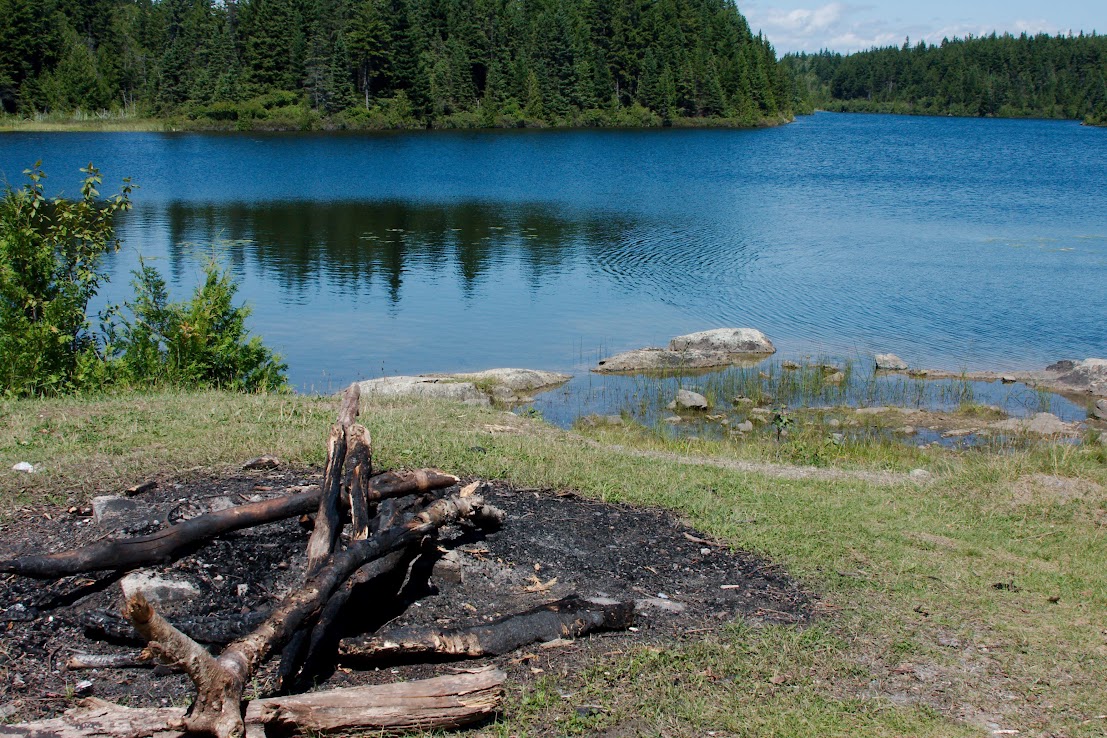 It's an amazing resource for the city, slightly remeniscent of Toronto's High Park, but vastly bigger and with a lot more types of landscape. I ended up pulling over by one of the small lakes and getting out for a walk. It was really nice, and I ended up walking for many hours, trying to find paths to some of the more remote lakes, a lot further than I'd intended. 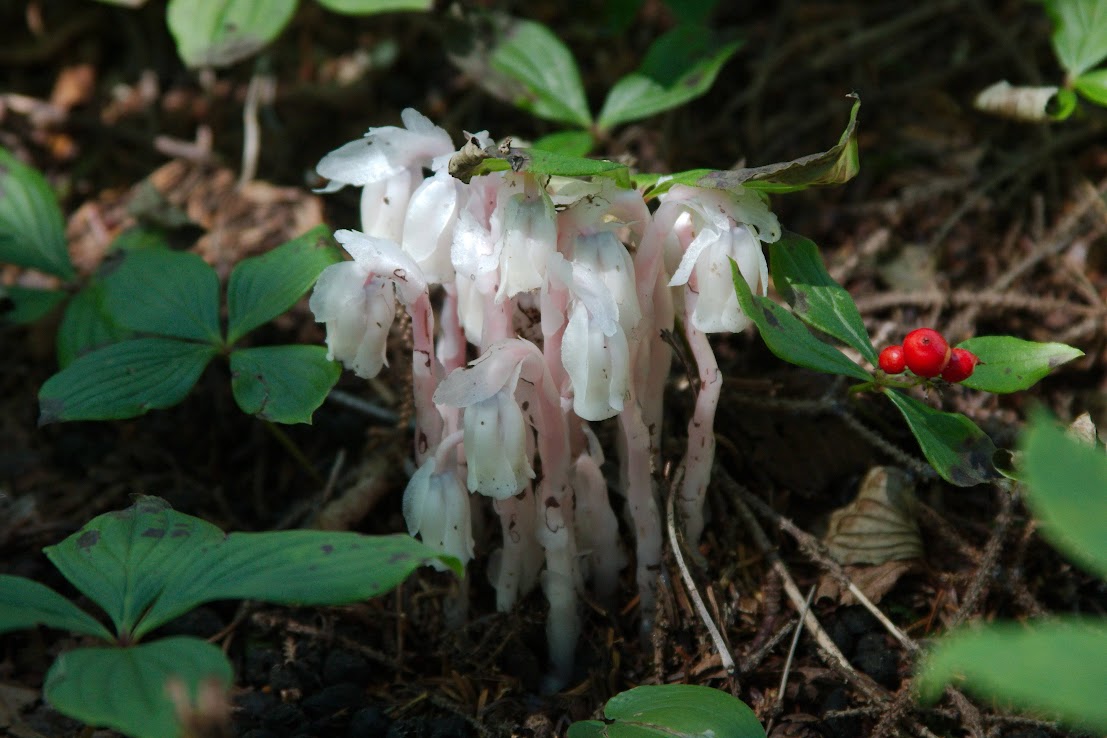 So, having gone to see the city, I actually ended up wandering around in the woods most of the day. I did drive around a bunch of areas of the city, and felt I got some of the feel of the place, but I only really stopped (besides at Costco) at Rockwood Park, and then my next destination...

I had noticed Irving Nature Park on the map some days before, but it was hard to understand what actually it was. One can see on the map it consists of a fairly large peninsula south-west of the city, but what is in it? How accessible is it? It appeared to have trails, and even a ring road, but what sort of trails? Is the road open to the public? Does admittance cost money? Descriptions seemed vague, and information meagre. After grabbing a falafel wrap for dinner, I headed there to find out.


It was hard to even actually find my way into the place. Watching my GPS, I seemed to be in the park, but the landscape was bleak, and the dirt road very rough. The occasional landmark consisted of abandoned buildings such as this one (another picture taken out the side window of the car): 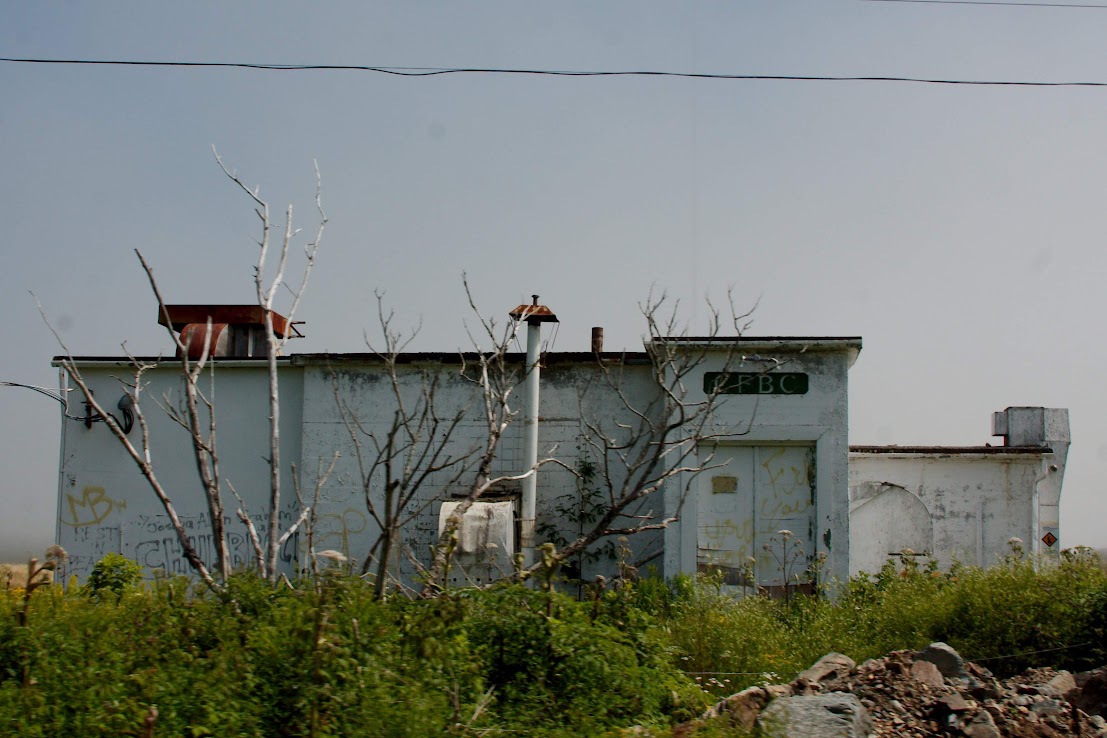 But I kept going -- there was little choice. And eventually, at the very end of the road, there was a parking area with a bunch of cars in it. There was a beach to one side, and seemingly trails going up into woods on the other side. 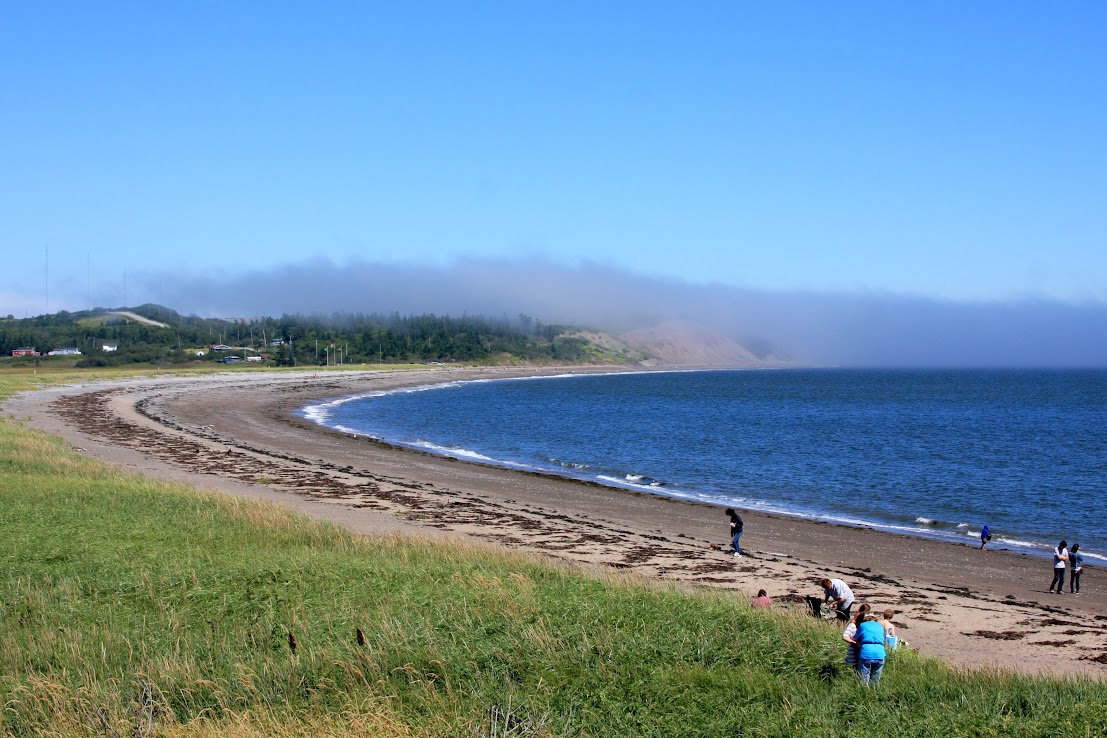 There were (as there had been all day) clouds of mist periodically floating in off the ocean. It made it hard to see much in the distance. I got out and after briefly checking out the beach, headed up the nearest path again into the woods. After the initial steep ascent, things smoothed out and I found myself on what seemed to be a pretty nice path that presumably traced its way all around the peninsula. 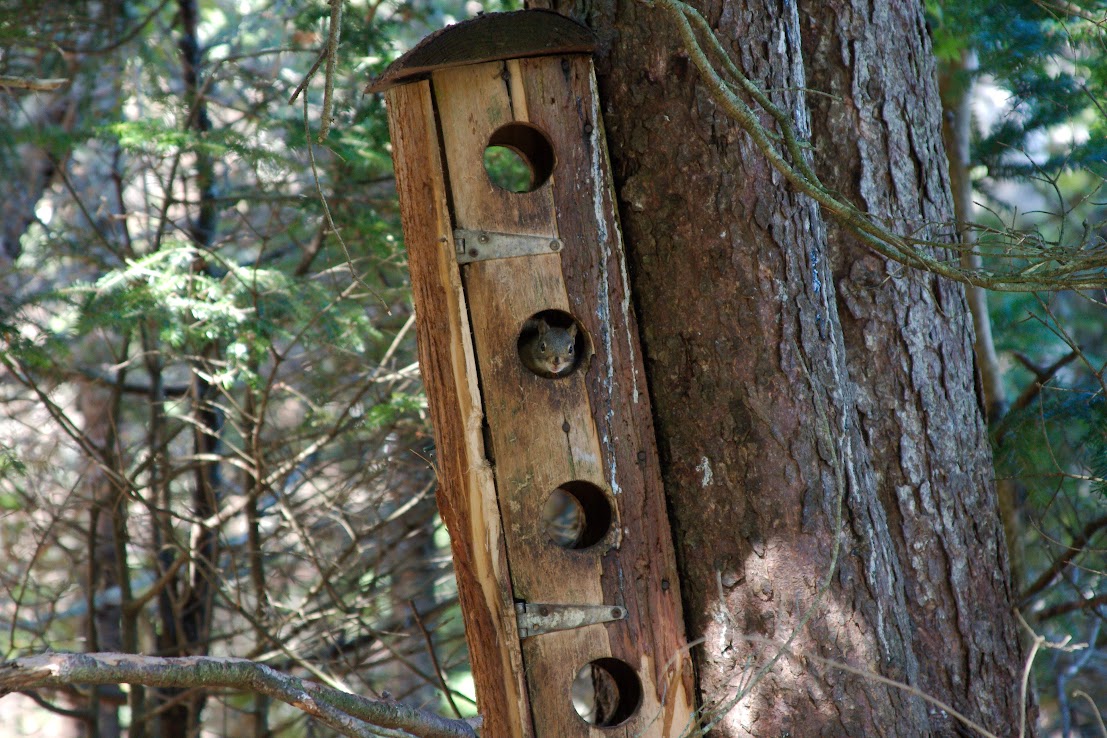 There were these squirrel boxes attached to many trees. At least I assume that's what they were. The squirrels seemed to like them.


After hiking along one side of the peninsula quite a ways, knowing I did not have time to make it all the way around the coast, I cut across to the other side. The side I first was on was very coastal -- fairly high up, with rocky ocean shores below. The other side was not as rugged, and looked onto a tidal basin and marsh. 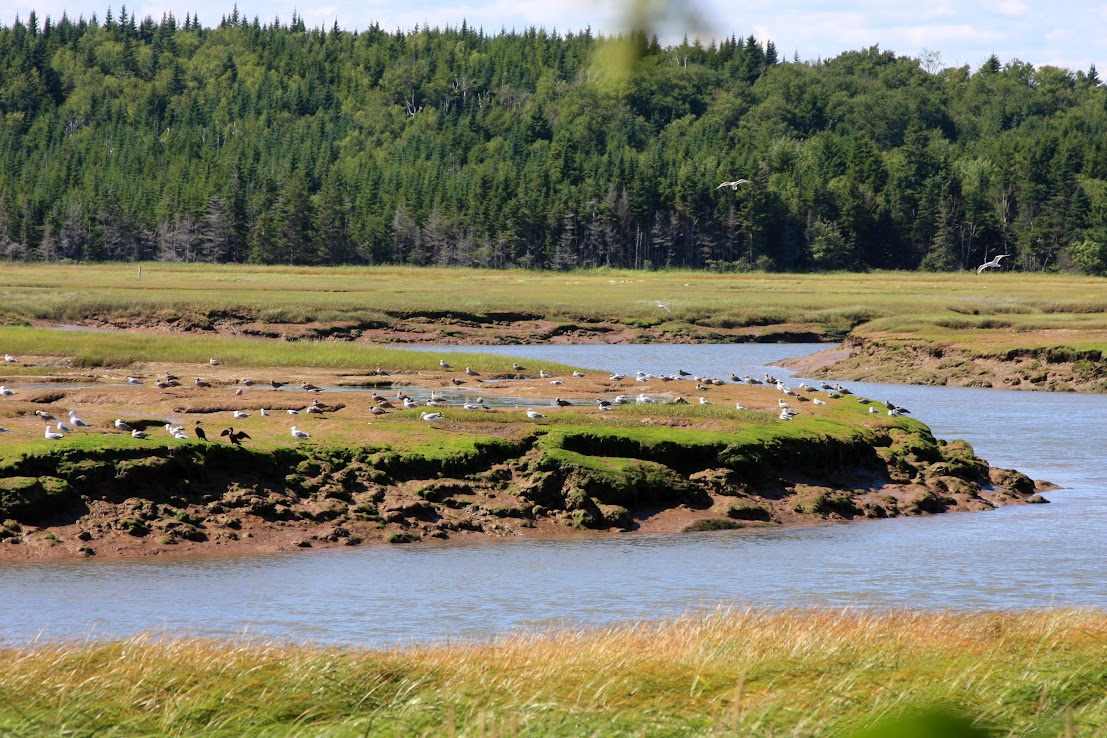 As you can see there were a lot more birds over here.

Cutting across I was able to see that there was indeed also a road ringing the peninsula, that I saw a few cars on. It was a very narrow dirt road, one way, with a speed limit of about 15 km/h. After wandering back along the marsh (and checking out the board walk which extends into the marsh at one point), it was still early enough that I decided to find the road entrance and take the car all the way around the peninsula to see what that was like.

A lot of the road was through pretty dense trees, so you didn't see too much; but periodically there were parking spots and places you could pull off and see more. 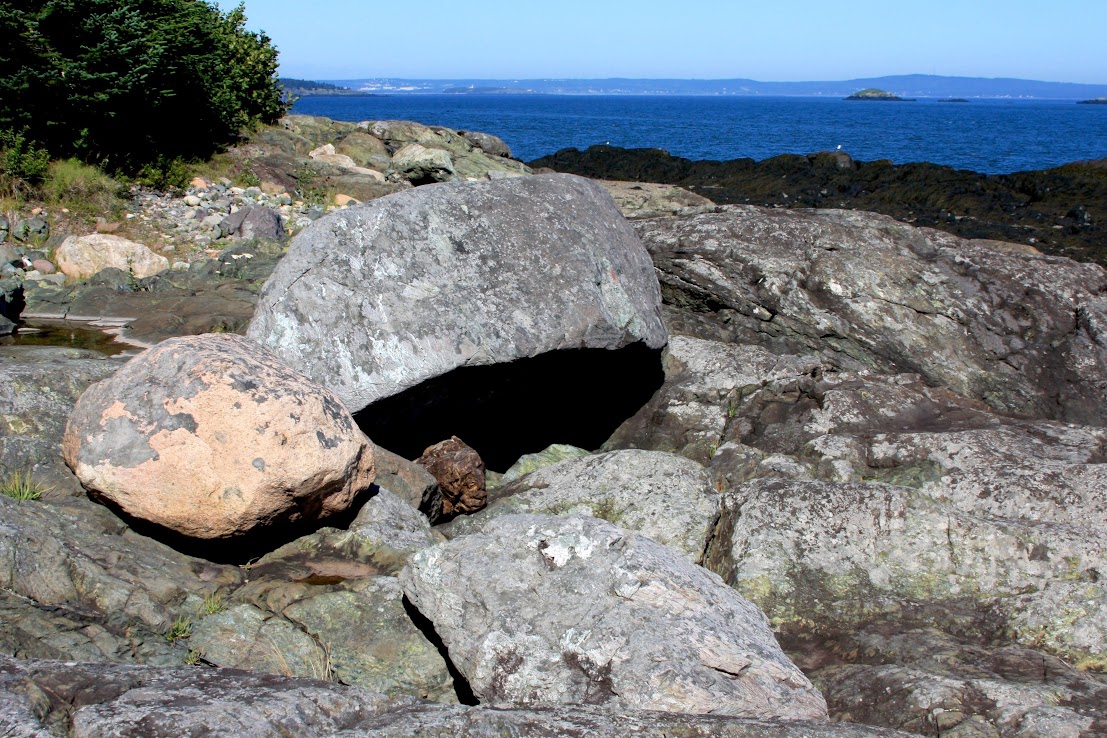 Here is one place I pulled off and climbed down to the rocky shore. My map marked this area as "Dog Rocks", so I wondered if there wasn't something of particular interest. There wasn't, really. (Further research later vaguely informs me that Dog Rocks is a shoal in the area... which would be a water navigation hazard, so maybe that's why it is named and marked.) Still, it was nice to climb around on the rocks trying to figure out the possible canine connection. 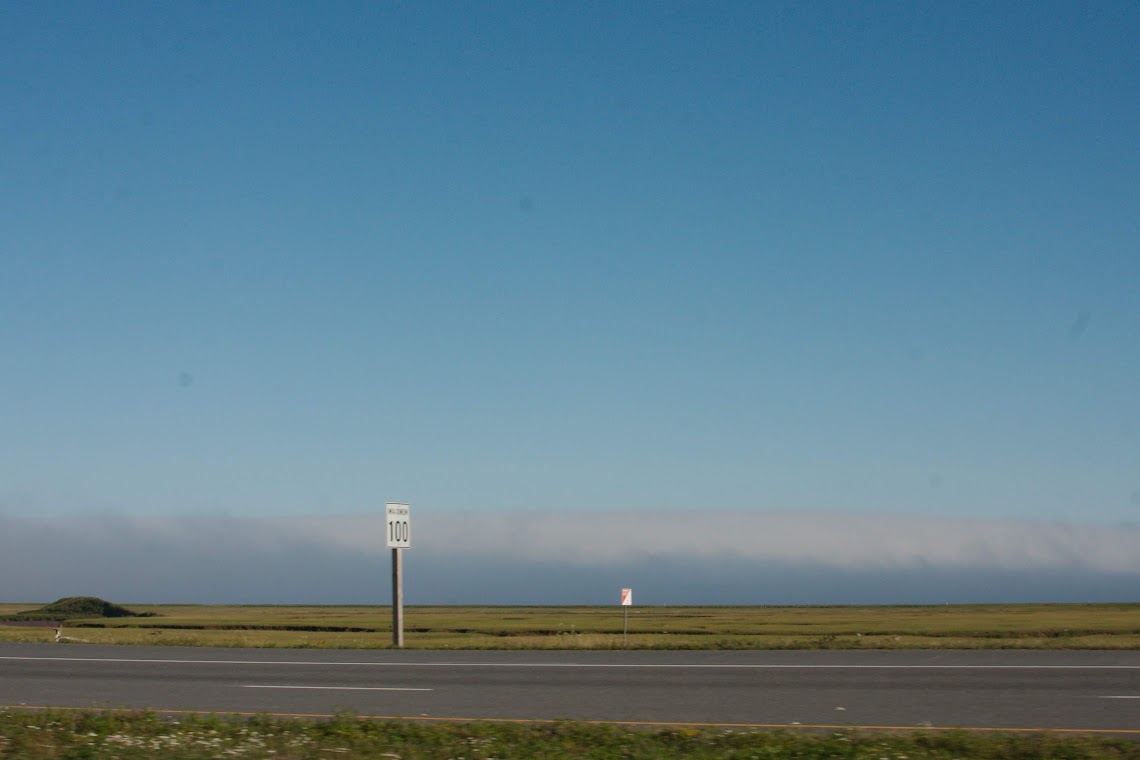 And with the fog sliding in from the ocean (that wall of purple/grey) yet again, I finally hit the road back to the Green's Point lighthouse. The low clouds enveloping the highway...

For me it was a great and quiet day of wandering. Full album available.