Our seventh, and final, morning at the Green's Point lighthouse keeper's cottage found me sitting on the porch overlooking the ocean eating my re-heated spaghetti dinner from the night before. (I love this picture. The sun was warm. The spaghetti was good. The ocean was the ocean.) I had gotten back from my Saint John adventure quite late, and was full of whatever I'd been eating on the road. So, the spaghetti plate, the family had saved for me, for breakfast! Overlooking the ocean. On a warm sunny morning. Lucky guy. 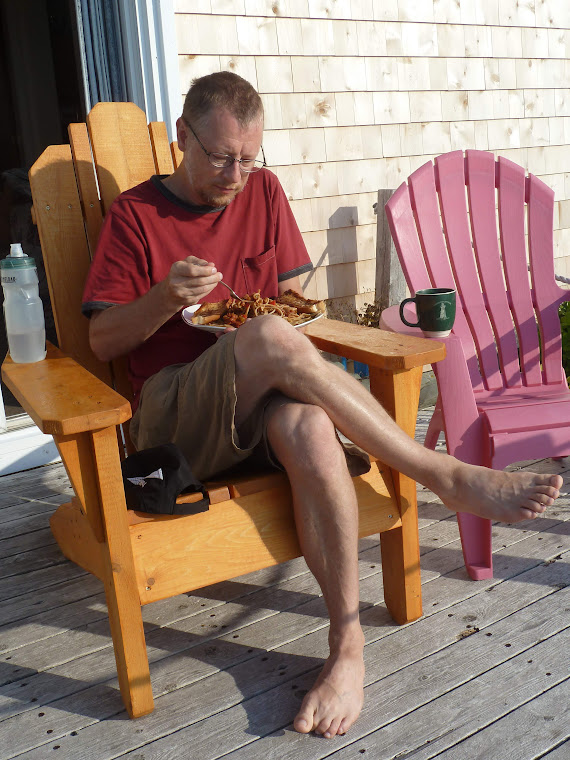 After that peaceful break, it was time to break camp. Everything was packed up, and we were on the road again, for the entire day.

Sometime in the early afternoon we started looking for a place to stop to have some lunch. Due to a GPS misread, we passed the spot we thought we first thought we were going to spot. Looking for a new place, I noticed a mark on the map that said "Giant Axe". Well! We have to go there! 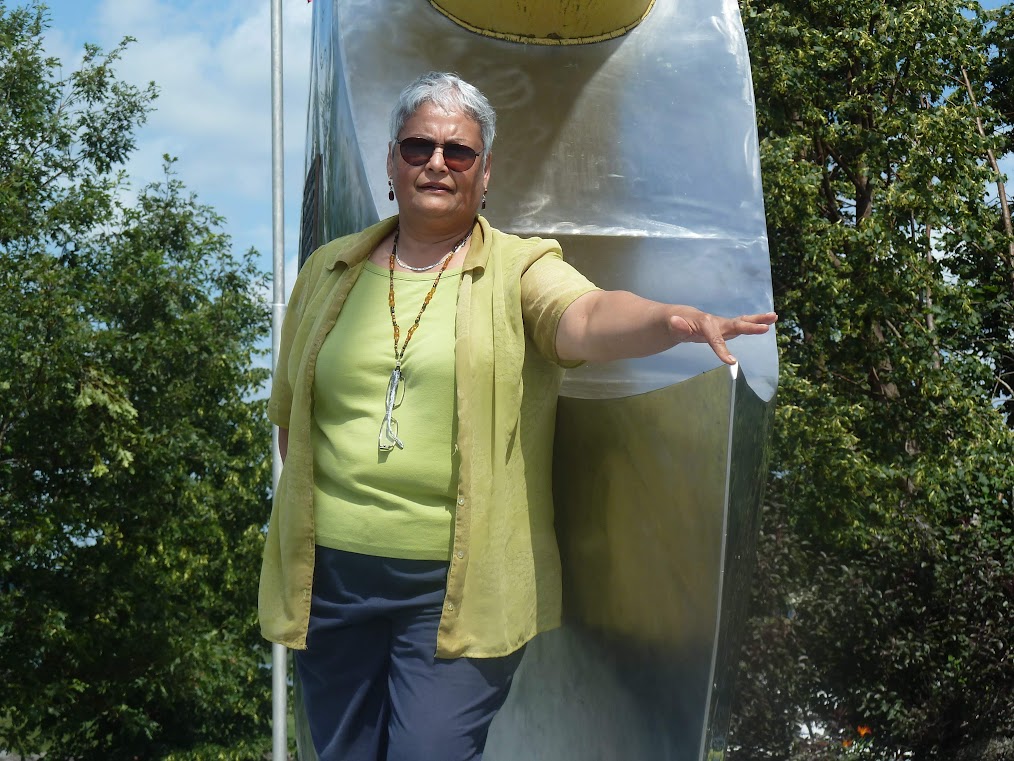 It turned out to be a fair bit further off the highway than it had looked on the map, but once off the highway we couldn't very well turn around and forever our backs on the Giant Axe, could we? No! (Besides it would likely have taken us just as long to try to figure out yet another place to pull off.) And so, we soldiered on, and it was totally worth it, because... 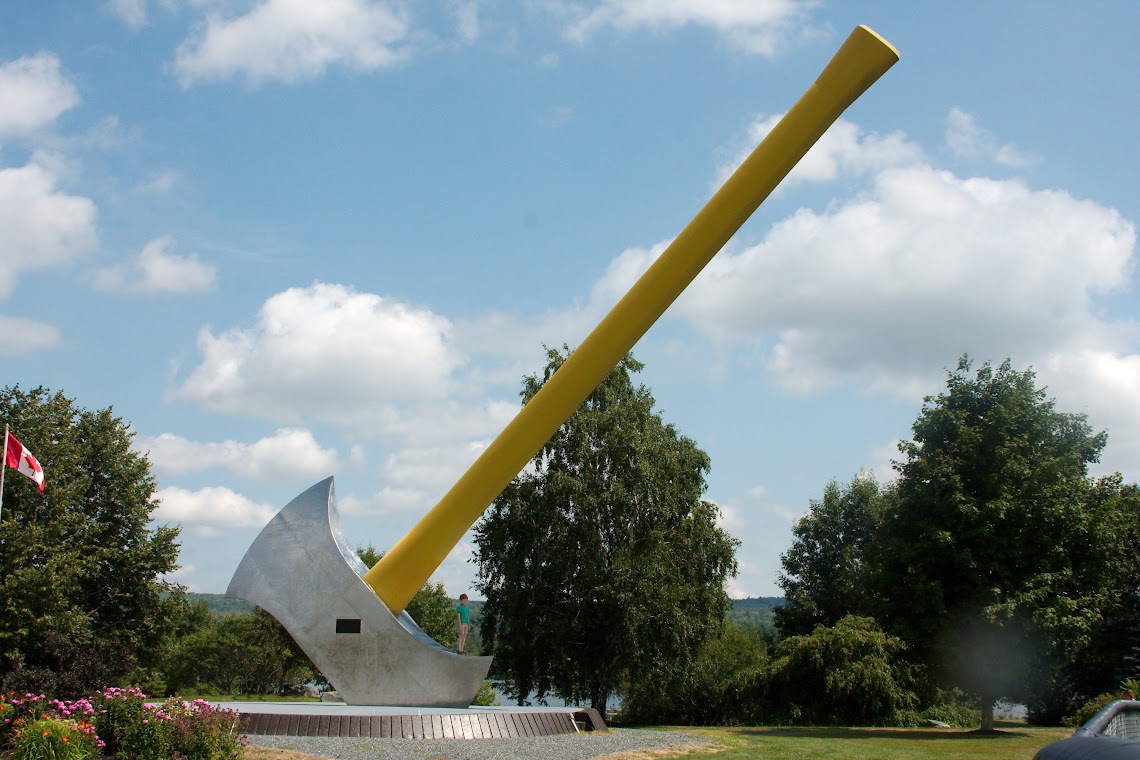 Giant axe!!! The giant axe was indeed giant. And it wasn't one of your flimsy old mockeries of a giant axe, this was a quite solid and substantial, lovingly cared for, freakishly gigantic axe! What I'm trying to say is, thankfully, the giant axe did not disappoint.

Also it was good to finally get lunch! (It was a big rectangular pizza that we'd got on our way out of St. George that morning.) 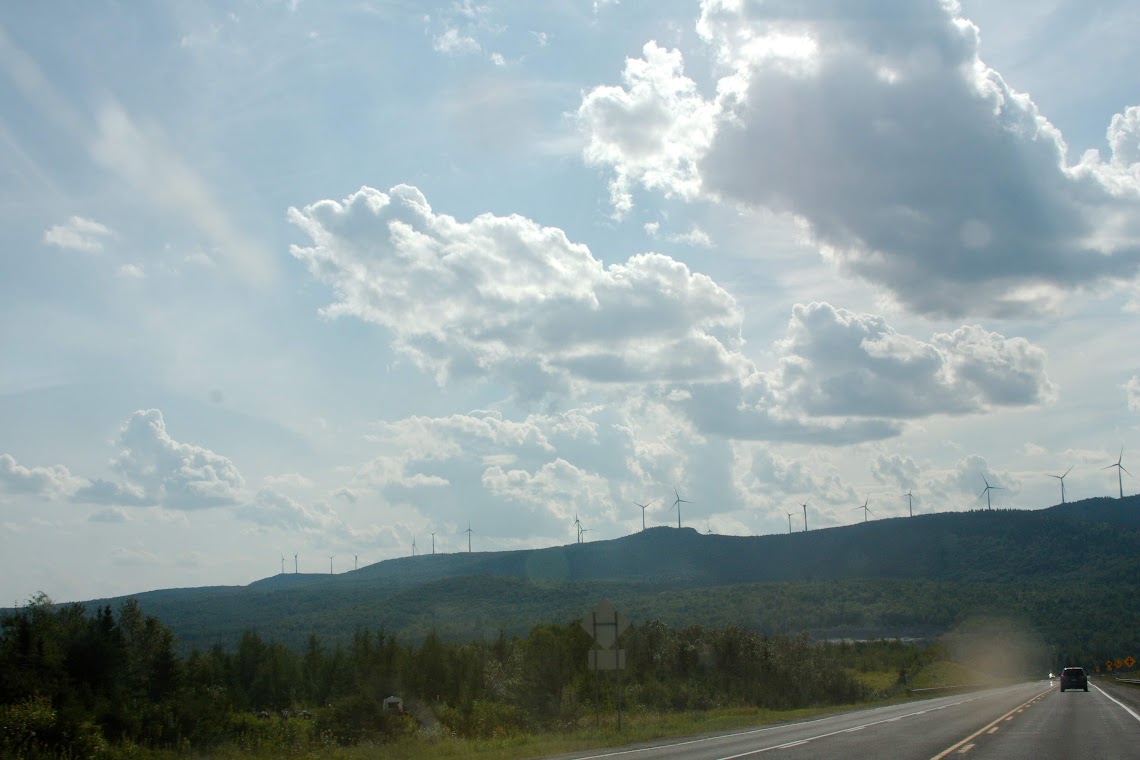 The rest of the day was driving, driving, and more driving.

Until, at long last, we found our way (and it wasn't easy, because the Quebec city highways are chaotic, to say the least) to ... 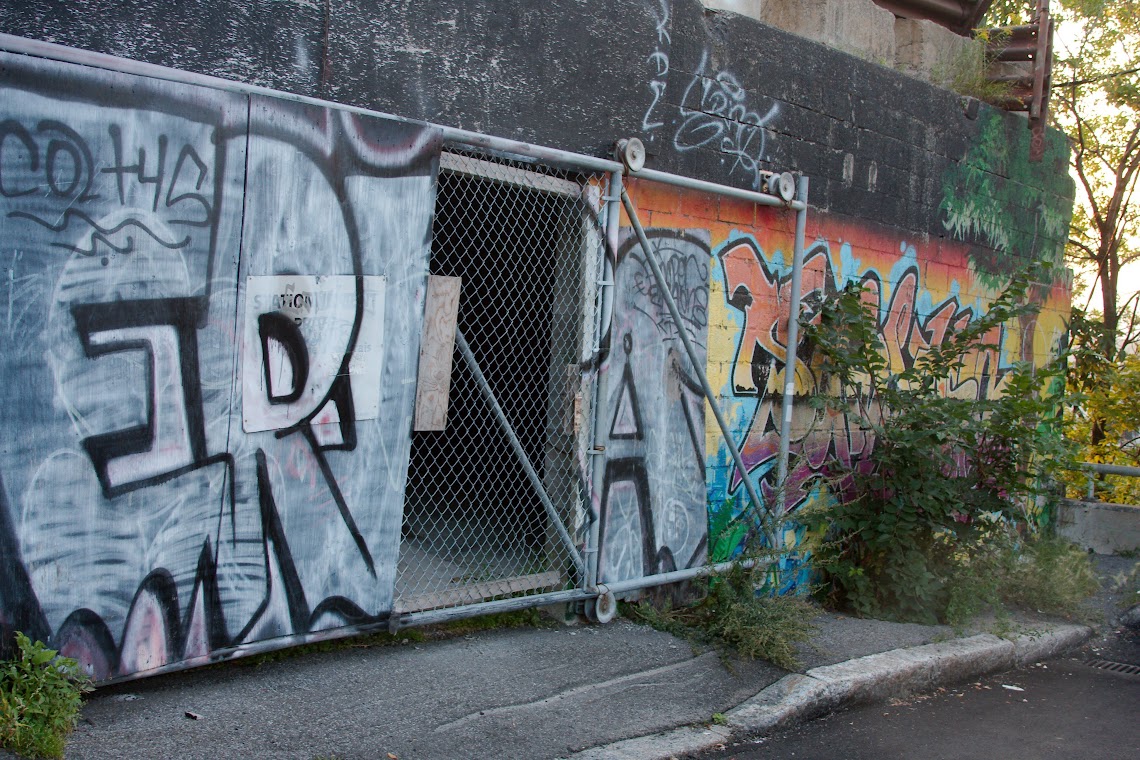 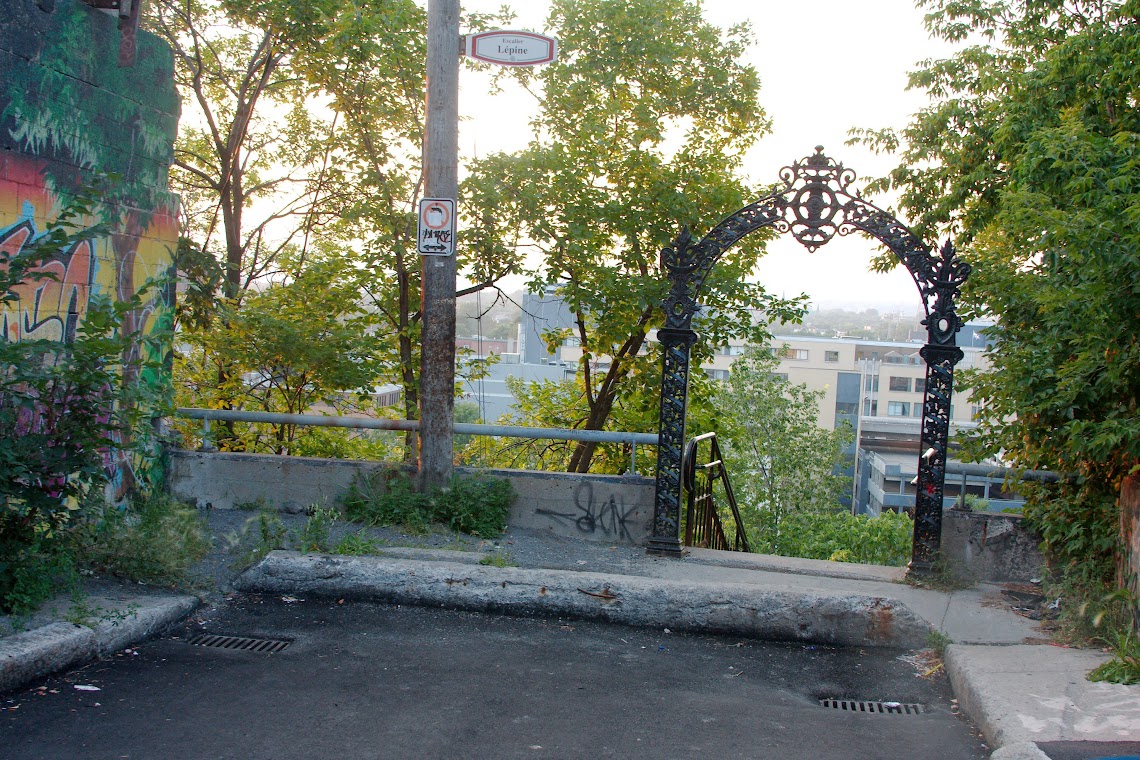 For the next few days...

(In the meantime, here are a few more pictures of the giant axe, and the road.)

Email ThisBlogThis!Share to TwitterShare to FacebookShare to Pinterest
Labels: east2015