This came home with Emeth not too long ago. Who knew a seven year old could be such a master of irony, sarcasm, deadpan, surrealism, and horror, in such a terse, minimalist style. We have noooooooo idea where he gets it from. 
And if that wasn't disturbing enough, here's another odd little piece he wrote with a classmate. They were assigned the name Charlie to use. 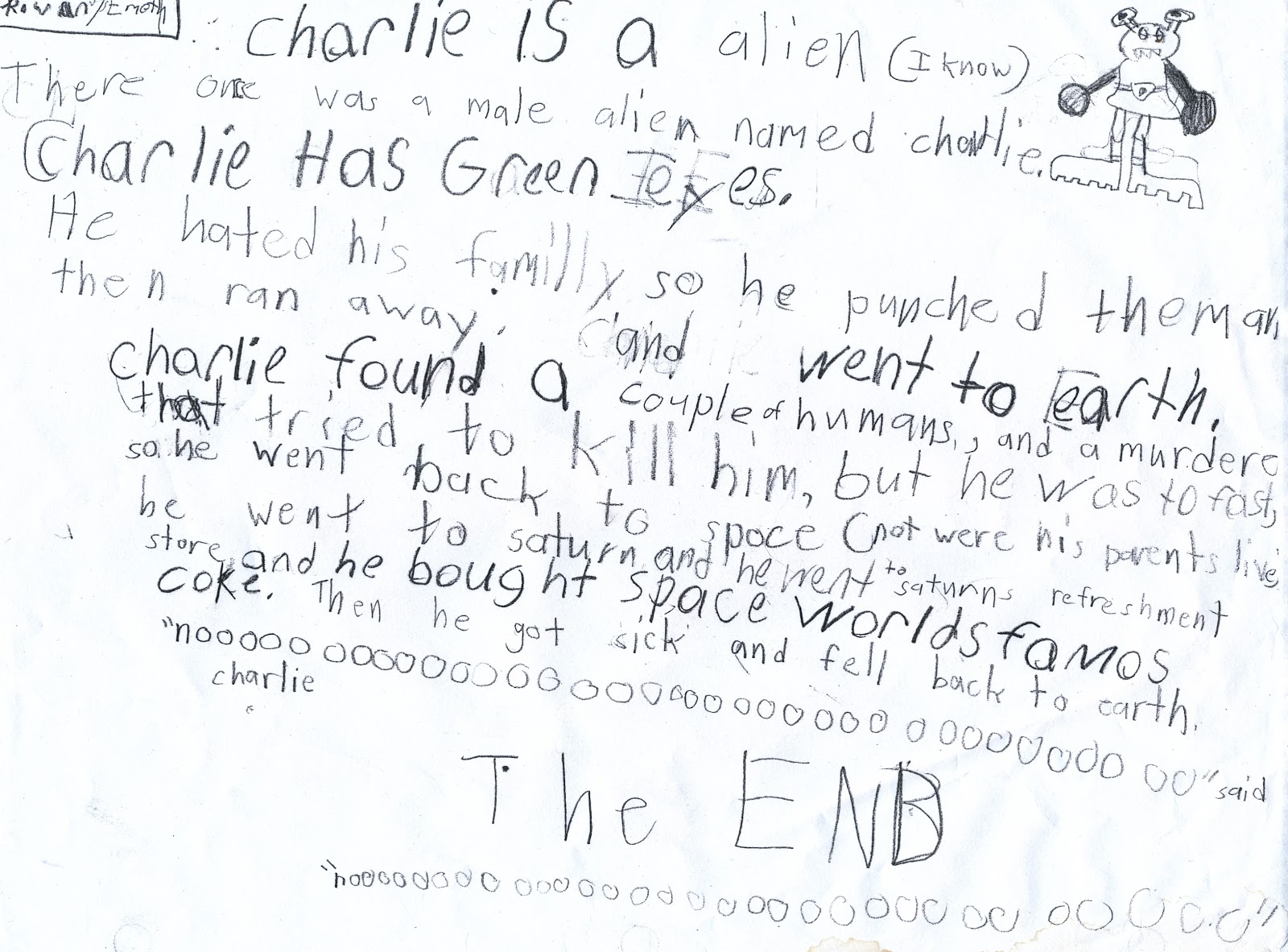 Charlie is an alien (I know)