I'd ridden my bike down the twisty narrow Spring Gardens Road (crossing the bridge at the bottom) through this valley before, and noted there was a trail nearby that looked interesting. Today, we went back for a look. 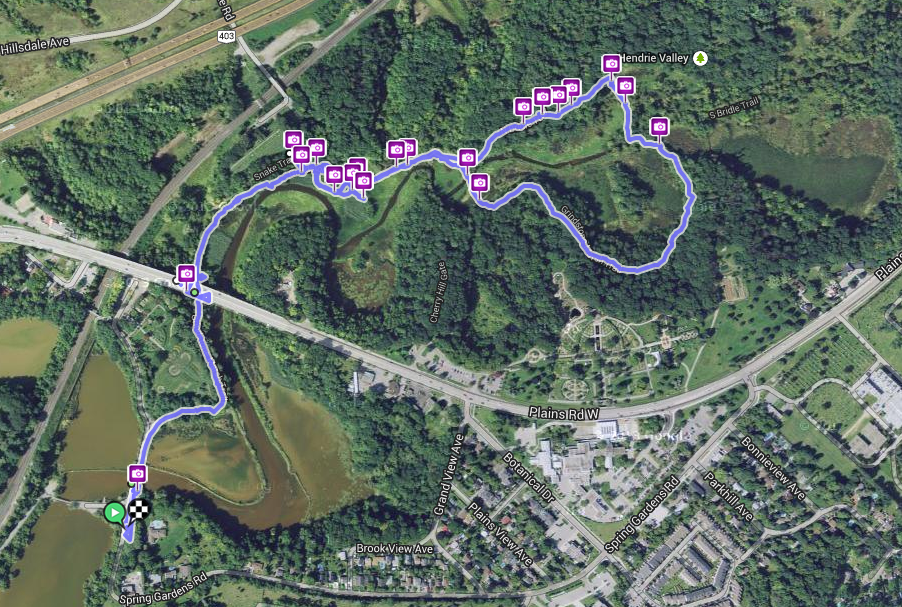 It turns out there is a rather nice boardwalk through a marsh. An interesting thing about this boardwalk was that it only has railing on one side. 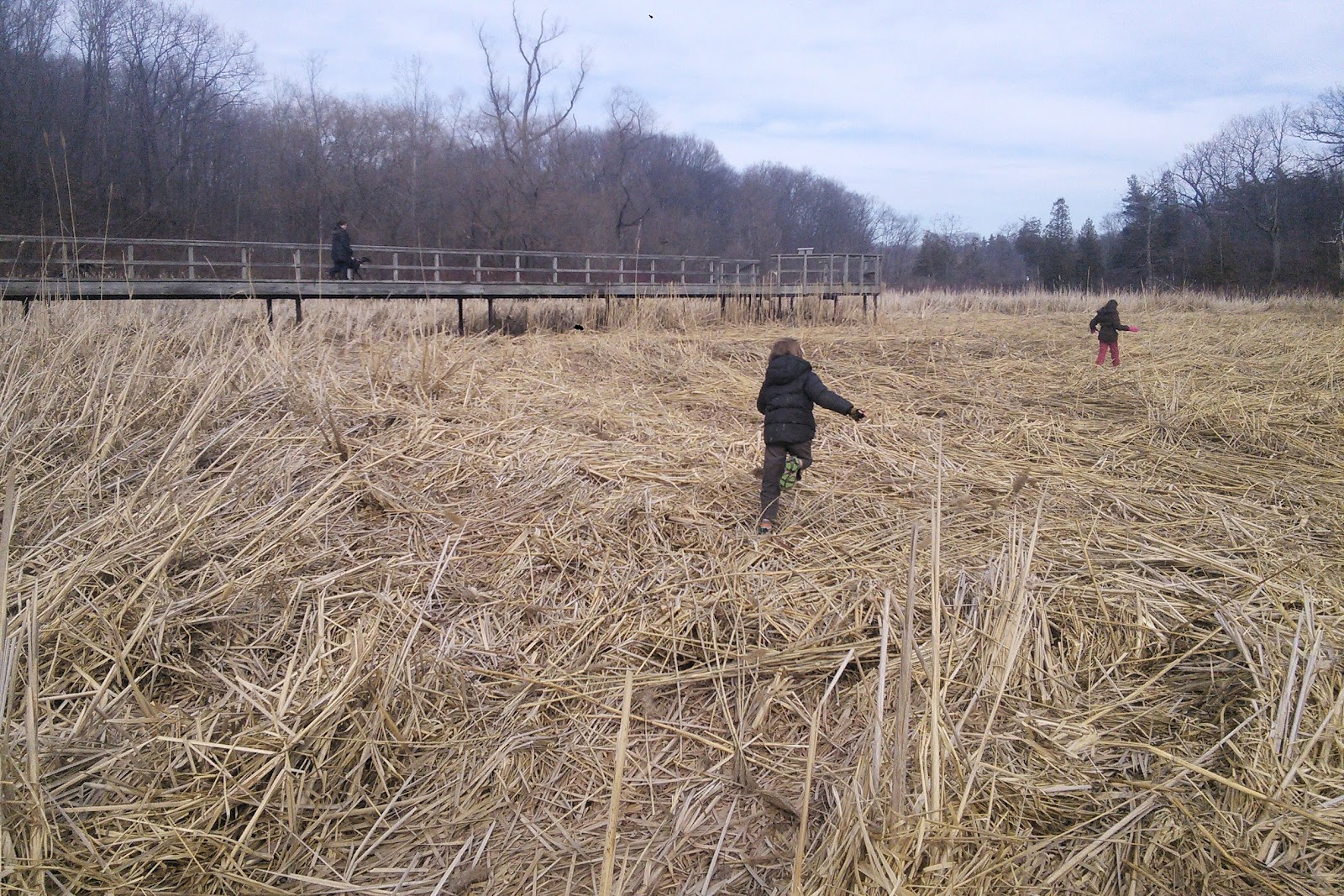 Though as you can see, the kids didn't necessarily stay on the boards. The water was very low, and the reed beds were dry. Adventure compelled them to investigate a giant turtle shell-like lump of land a that rises out of the middle of the marsh, that would not normally be accessible. Mommy tried to tell them it was like Morla, the ancient turtle who is mistaken for a mountain in The Never Ending Story. The kids however insisted that if anything it must be the Pokémon Torterra. Kids these days. 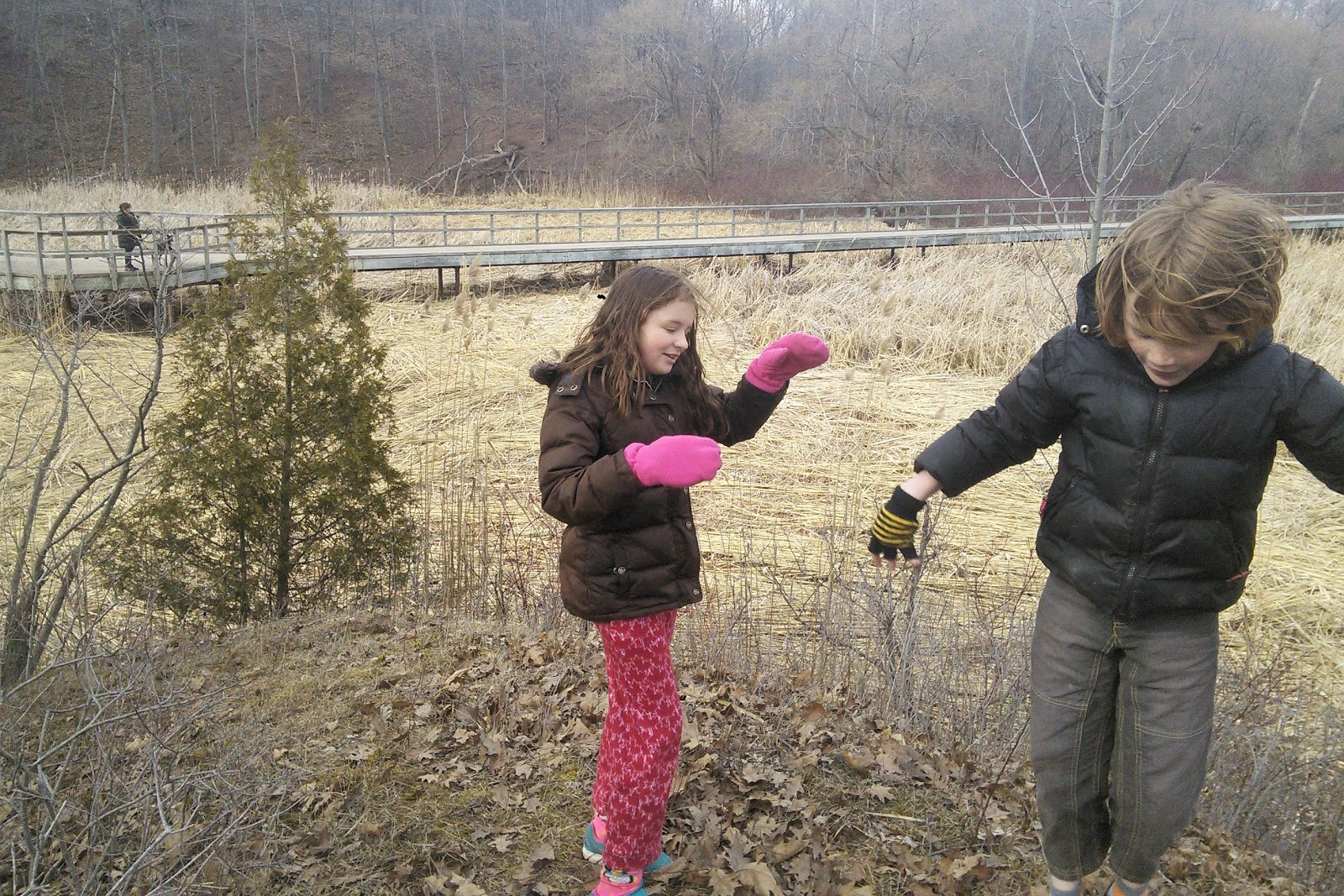 They were extremely excited to have battled their way onto the back of whatever it was. It's good to see them excited about exploring outdoors, even if strictly speaking the conservation authorities probably would rather people stay on the very nice boardwalk. The opportunity had to be taken. 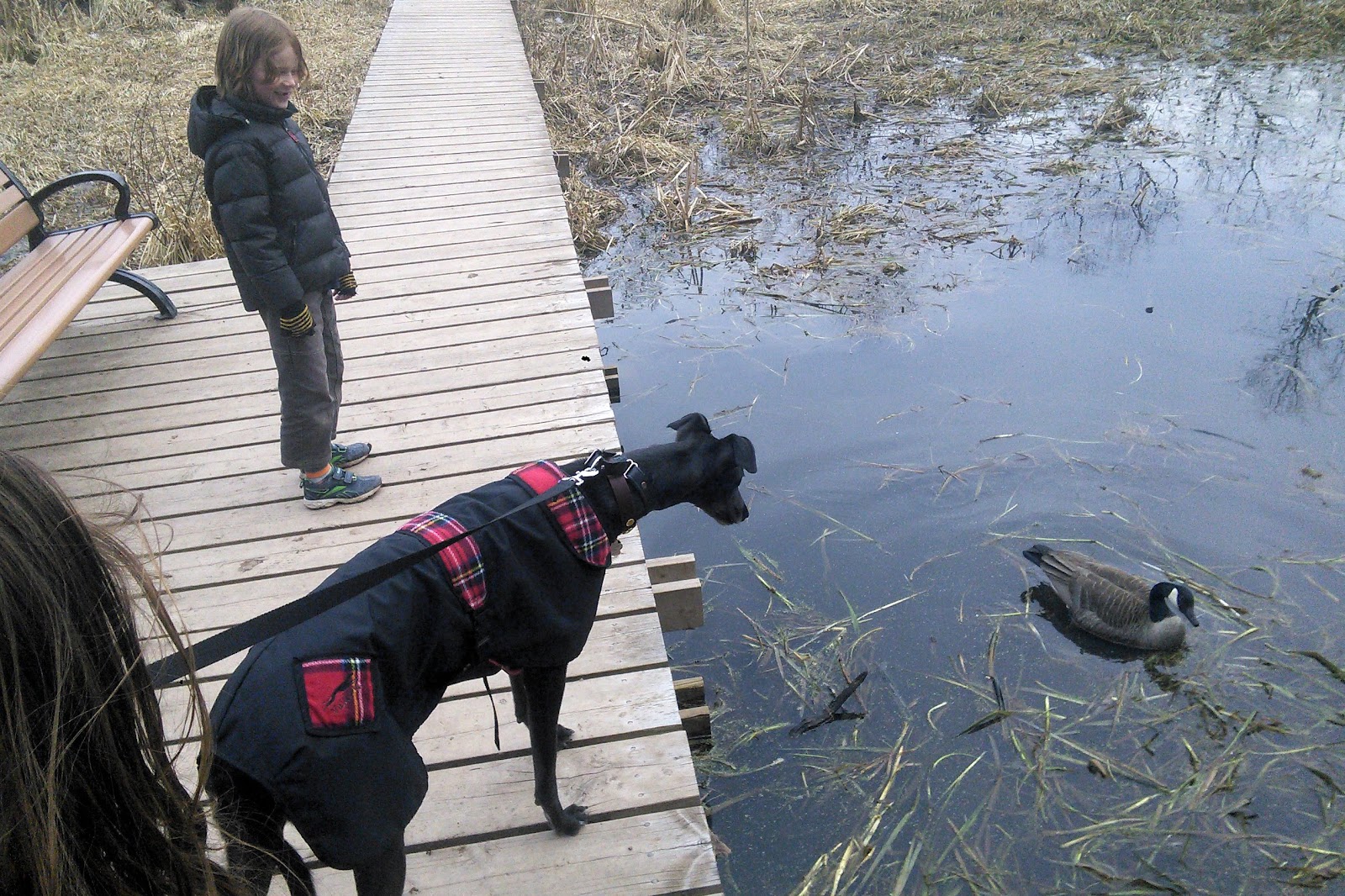 Valkyrie made some new friends. 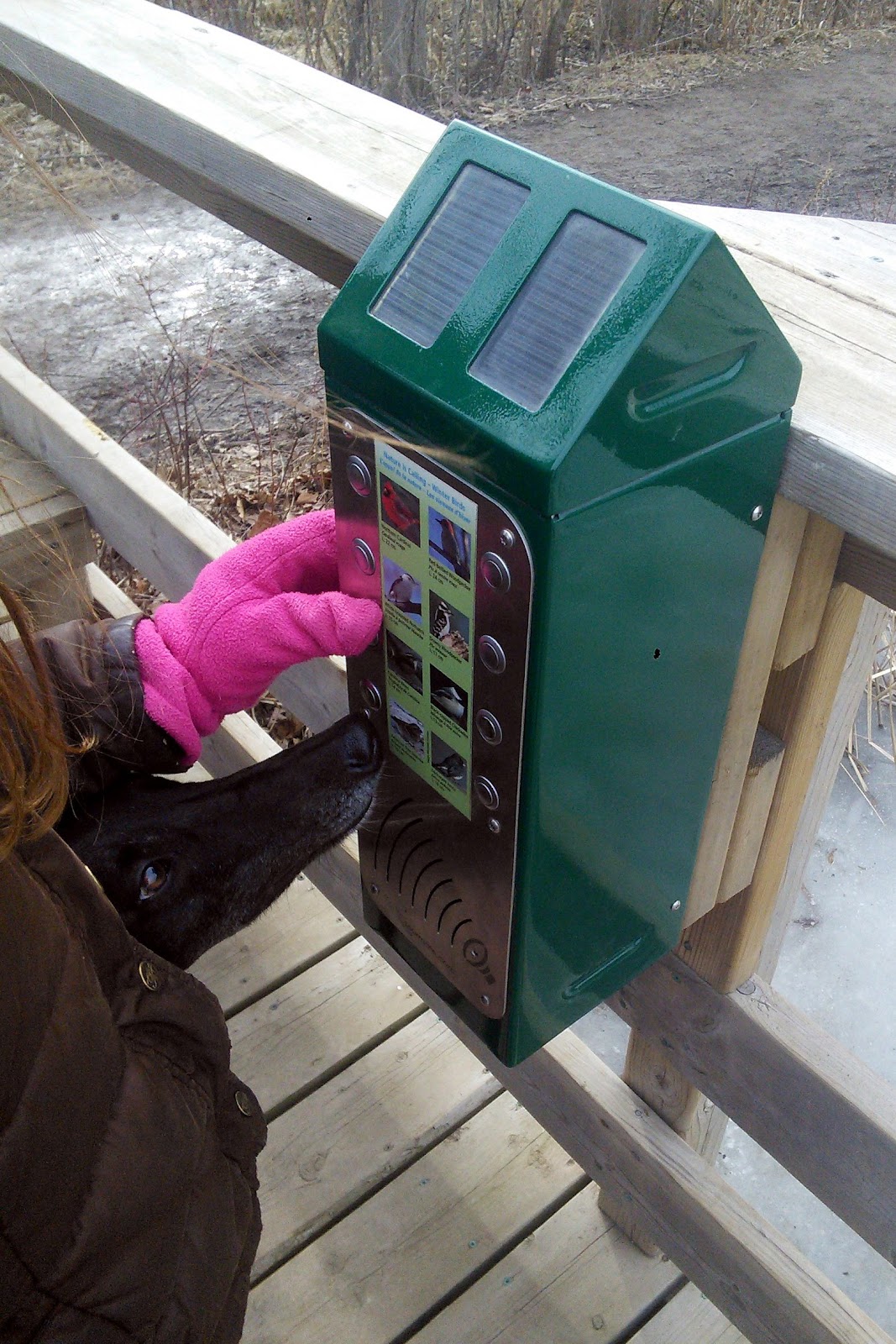 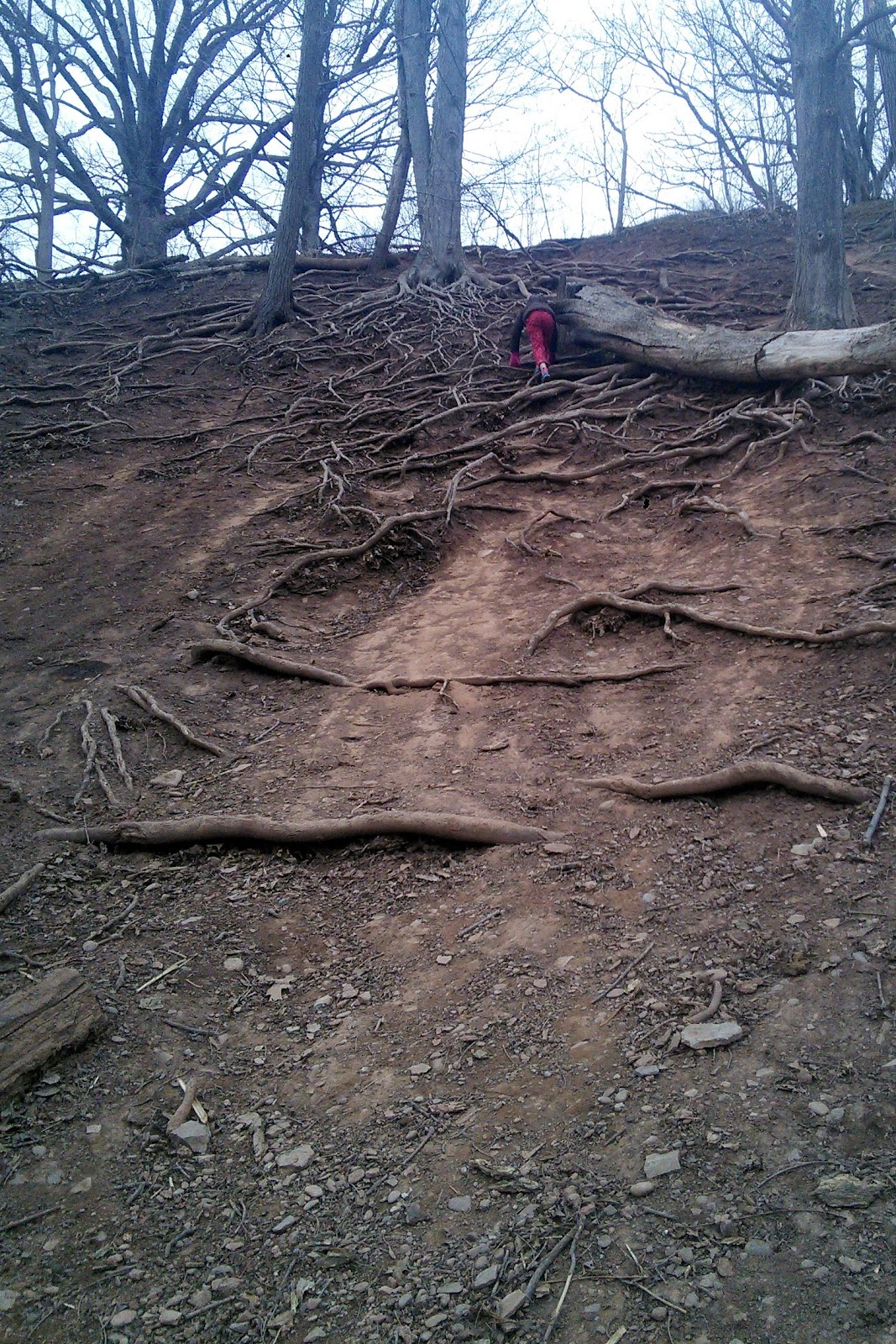 At a lookout platform there was this solar powered bird call player. We did see a lot of the birds who's calls were available to listen to here, so it was interesting to have them identified. We saw chickadees, cardinals, red-wing blackbirds, bluejays, downy woodpecker, crows, blue heron, swans, mallards, canada geese, and a few different sorts of less easy to identify brown birds.

And Istra and Emeth both climbed some mighty interesting mountains to an upper pathway. (After climbing up at several points they did not look the likes of climbing back down, and would run back along the path to where the lower path forked... while we would just have to stand around and wait.)

All photos here. And the map (with a few of the pics on it).