Where cranberries come from...

We escaped the city for Thanksgiving weekend. We winged it. The "plan" was to have Thanksgiving dinner on Saturday with Anne, at the cottage. When we arrived however, we found our chief chef was a little distracted. She has been, and was, obsessed, and now Sandro assisting, with building a Lavish and Squalor display with consignment goods from her store in the Port Severn General Store. We all ended up hanging around the General Store for some time. And it was 8 pm before dinner (centered around French onion soup) was finally rounded up.

The "idea" when we were heading north, had actually been to head to a cranberry marsh and tour the harvest in the afternoon before dinner. That, obviously, didn't happen. However, the next day (Sunday) suddenly it was decided we were going to go after all, and off we went.

I can tell you now (though it should seem obvious, if anyone had thought about it) it's a bit of a crazy idea going to a cranberry harvest during thanksgiving long weekend. So many cranberry-crazy people. And Anne wanted to go to the flashier, more tourist-popular, one near Bala. (There is alternatively a somewhat more relaxed, though actually larger, cranberry operation run by the Iroquois much closer to the cottage which also has tours.) Besides the standard wagon tour around the flooded cranberry fields, the Johnston's Cranberry Farm had wine tasting, helicopter rides (!), and quite a substantial gift shop. And entirely inadequate parking for the occasion! And the helicopter was very, very loud as it came and went.

Still, we learned quite a bit about cranberries! Like that the white ones are actually the ripe ones. And the kids love the candy apples. Anne attended the cranberry wine tasting. It was fun, but honestly, I think the most fun of it was just the kids climbing around on the big rocks by the drive way.

Anyhow, winged or not, it turned out to be a lovely day. We all took a bunch of pictures.

(Ironically, we didn't actually partake of any cranberries in any form at any meal over the weekend. Though my mom did find (and claim and take home), when we were cleaning out the fridge to close up the cottage for the season, the remains of a bottle of cranberry-strawberry jam that Selena made many moons ago.) 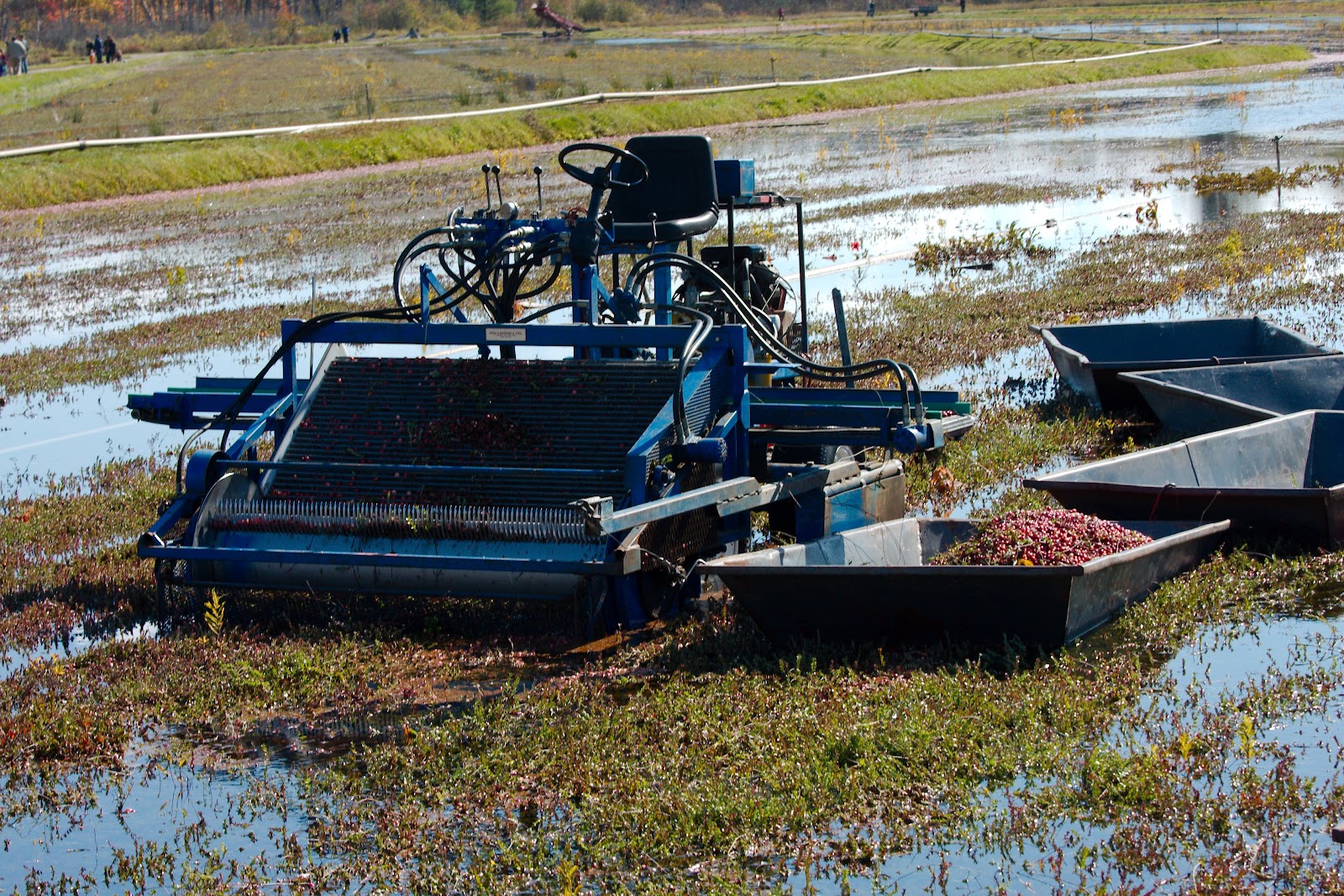 Email ThisBlogThis!Share to TwitterShare to FacebookShare to Pinterest
Labels: cottage