Our second year living in Hamilton, this year we finally went to check out the Supercrawl. For the uninitiated, Supercrawl is an annual music & arts focused weekend-long street festival in downtown Hamilton. There are also an impressive variety of food trucks on hand. Our experience probably wasn't the best Supercrawl experience. It started with an exasperating struggle just to get the kids out of the house. The Supercrawl web site seems mostly focused on the music, and stage schedules (which we were not much interested in, this time out) -- we found it hard to figure out what else was going on in any way which we could plan around. So we just went. We managed to find the "family" area, and it seemed pretty haphazard as well. We walked around and looked at things, but didn't do very much. It didn't help that both kids were still complaining constantly about everything. But still, they made themselves a button each at the Hamilton Regional Indian Centre booth, and Istra tagged along with the percussion bike. (Look at the picture to see what that was all about.)

Anyhow, we crawled the length of the festival, checking out the curious food trucks, and marveling at some of the art. But as it turned out, an Anglican church along the way was the highlight. They decided to open up their doors and let whomever wanted wander in and around the place. A woman associated with the place told us explicitly that the kids had permission to go anywhere and touch anything they wanted. And they did! It was a bit scary at times (for me!). But they thoroughly enjoyed taking over the raised lectern, as if the cozy cockpit of some spacecraft.... 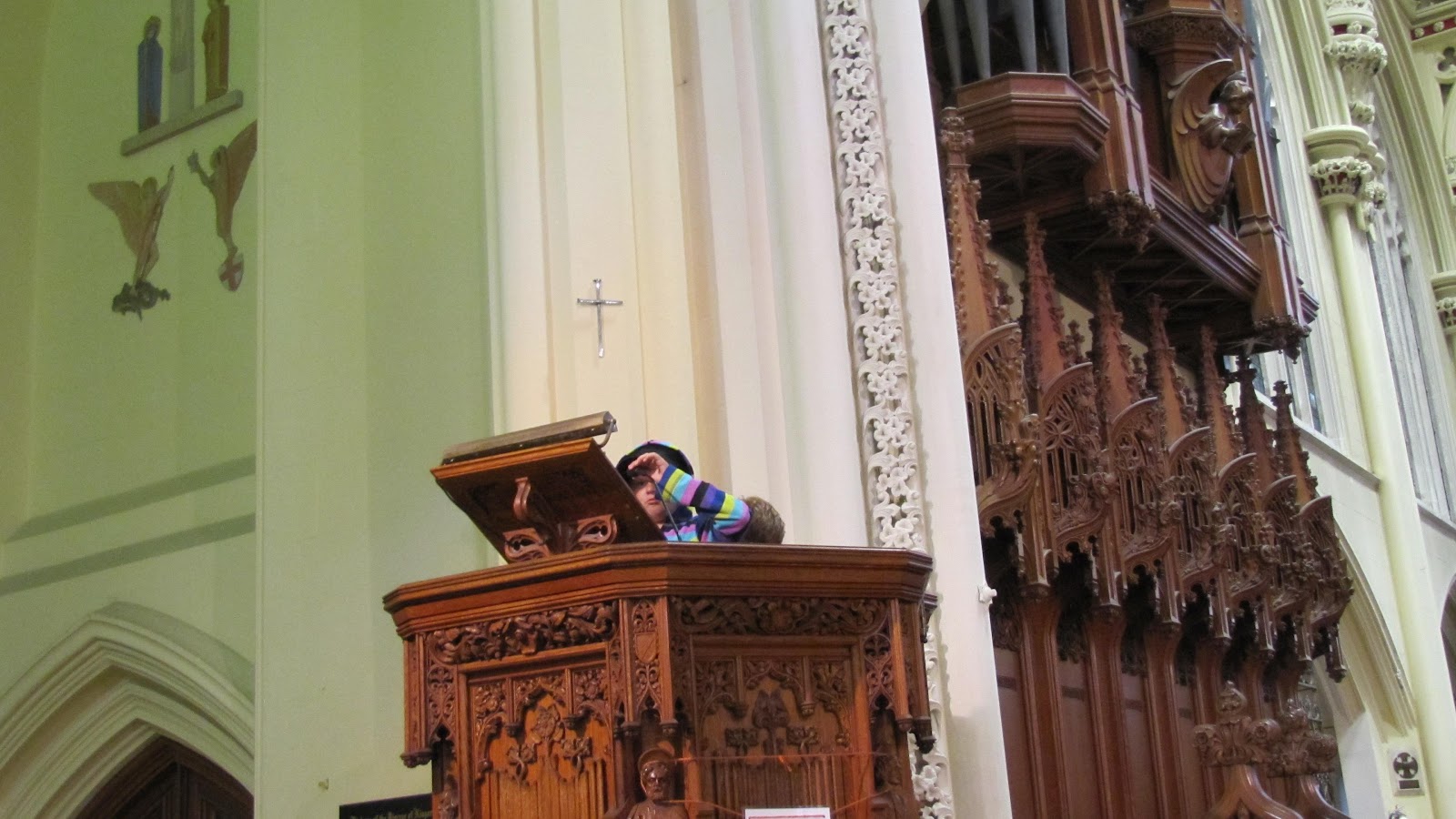 The church was gorgeous with massive stained glass windows, and a huge amount of carved wood structures around the podium and choir area.

When we'd seen all there was to see along James St, we decided to finish the crawl in true Hamiltonian style... by climbing the mountain. We walked to and up the James stairs. There was some talk of catching a bus at the top... but we ended up just walking the rest of the way home. It was a good, even if a bit exhausting, conclusion to the day's adventure.

Here are the rest of the pictures... there aren't all that many, but it turns out most of them are from in that interesting church.
Posted by T at 21:43