This day (which was, unbelievably, August 13) started with a tour of the Ganong Chocolate Museum in St. Andrews. But I am going to save writing about this until later in this post, because oddly we don't seem to have taken a single picture at that place. So, did we really go there? My gut says yes (and, as said, more on that later), but where is the hard evidence?

On to something I can prove: like having coming across, along the shore of the Atlantic, a couple of wild lions roaring fiercely atop a rocky precipice.  I know that sounds crazy, but see for yourself. Lions! 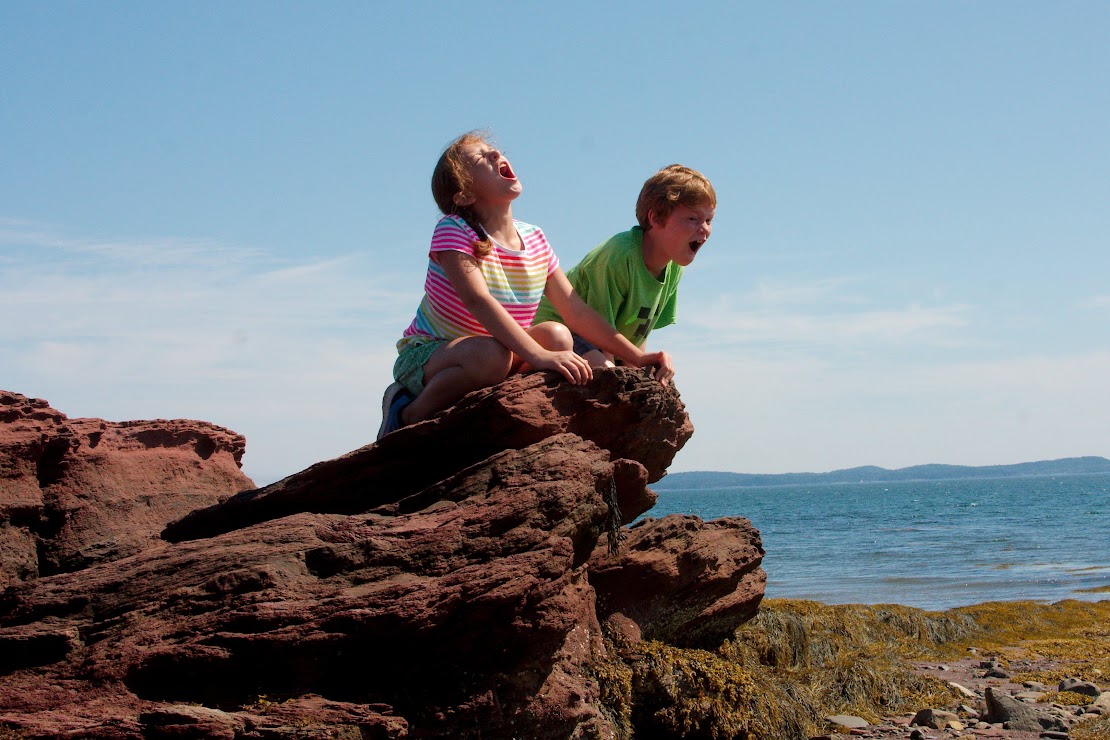 But before we got to the lions, and after we toured the chocolate museum, we took a break at a park which is just down the street from the Museum in down town St Andrews. It was just a little park, with a little playground, and a rather rudimentary water play area (see picture), a water fountain, and a gazebo under construction. The kids however proclaimed it the best park in the world -- all due to a sort of gondola-like element (no picture, alas) in the little playground. Best park in the world! 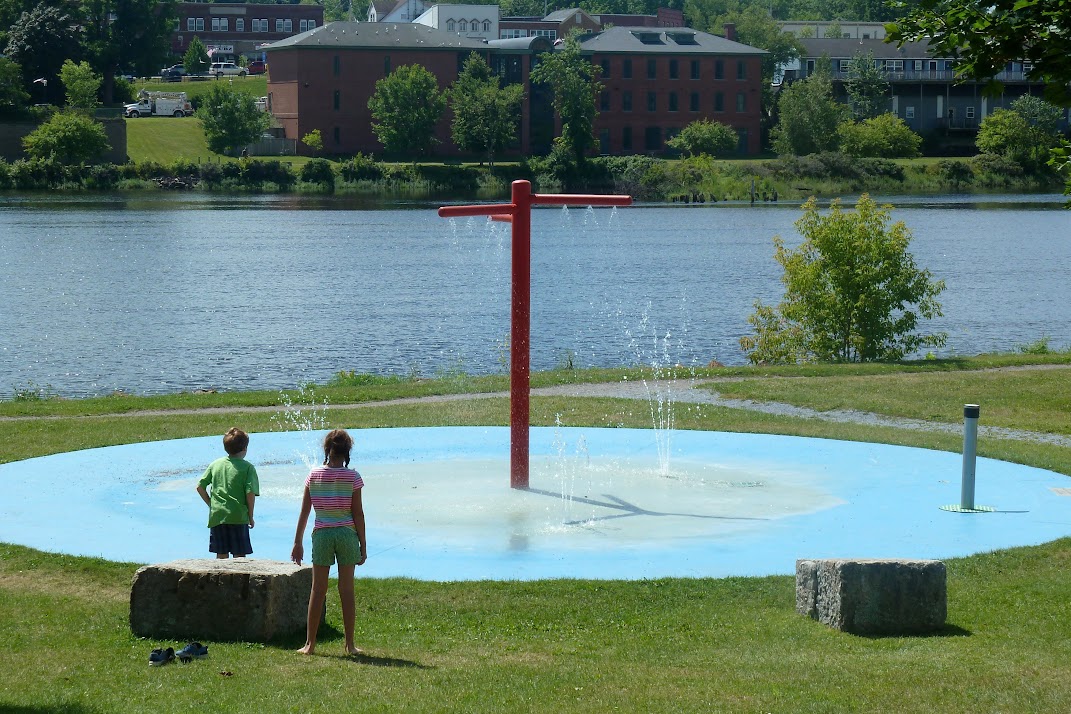 (Incidentally, that is actually the USA there on the other side of the river in the background.)

The park, even if the lamest best park in the world, did provide us with a chance to recover from the chocolate museum. The museum, built into a sort of corner of the original Ganong chocolate factory building, was fairly small -- three rooms and a gift shop. Maybe this is why we didn't end up taking any pictures? But here's the thing that makes it awesome: part of the admittance deal is all you can eat chocolate. There are loads of samples of the Ganong chocolates all over the place, free (after your admittance fee) for the taking! So maybe this (chocolaty fingers?) is the reason we didn't end up with any pictures. Unlimited chocolates! You'd think this, and not the wonky little park across the road, would be the best place in the world.

Alas, we were all feeling ill by the time we left. Sick of chocolate. The thought of chocolate was making -- even the kids -- feel unnaturally queazy. This seems not an optimal feeling to leave to leave an establishment. Oh well. It was an experience. And without it the kids would not have found the best park in the world.

Let's now just run it off. 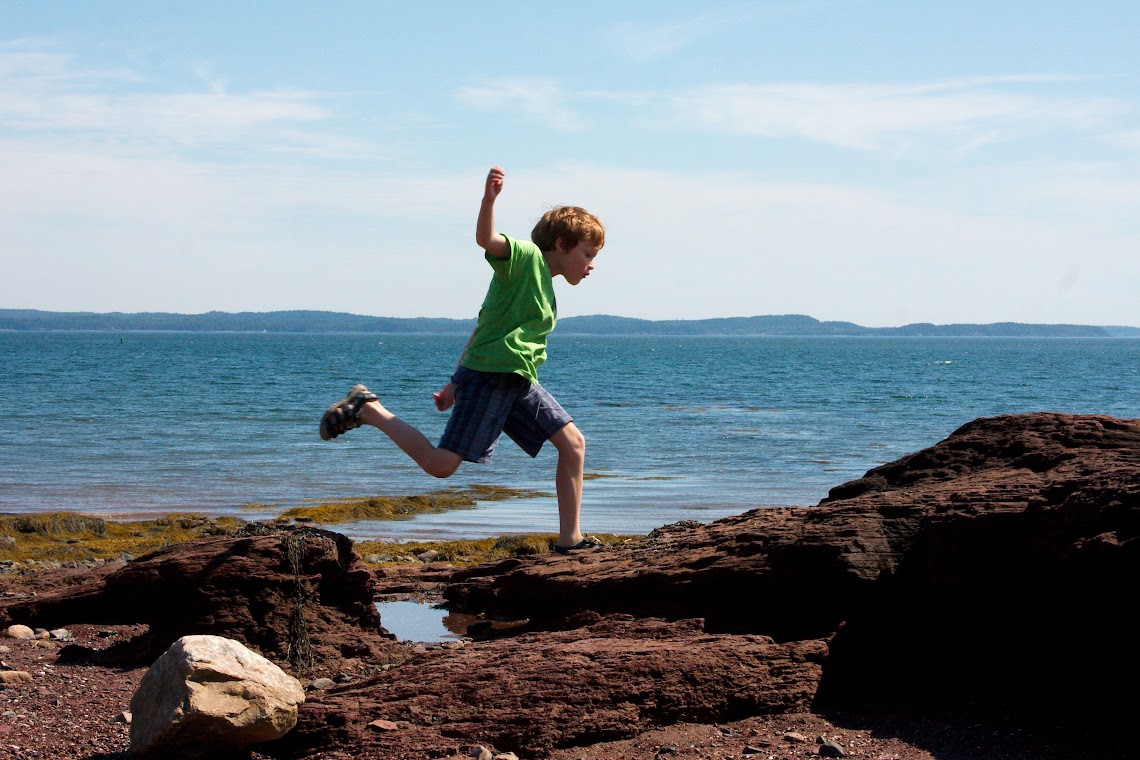 Wheh, that feels better. And after a seaside picnic (those most have been sea lions?) we drove across the ocean to visit Ministers Island.

Literally, we drove across the ocean. At low tide a strip of ocean floor is exposed, and for some hours the Island is accessible by pedal ambulation and wheeled locomotion. Access is closely monitored, lest visitors become stranded. There are two classes of visitors, each having to wear a different colour bracelet: visitors with access to the (expensive) historic buildings, and visitors with access to merely (priceless) nature. We were of the latter camp. 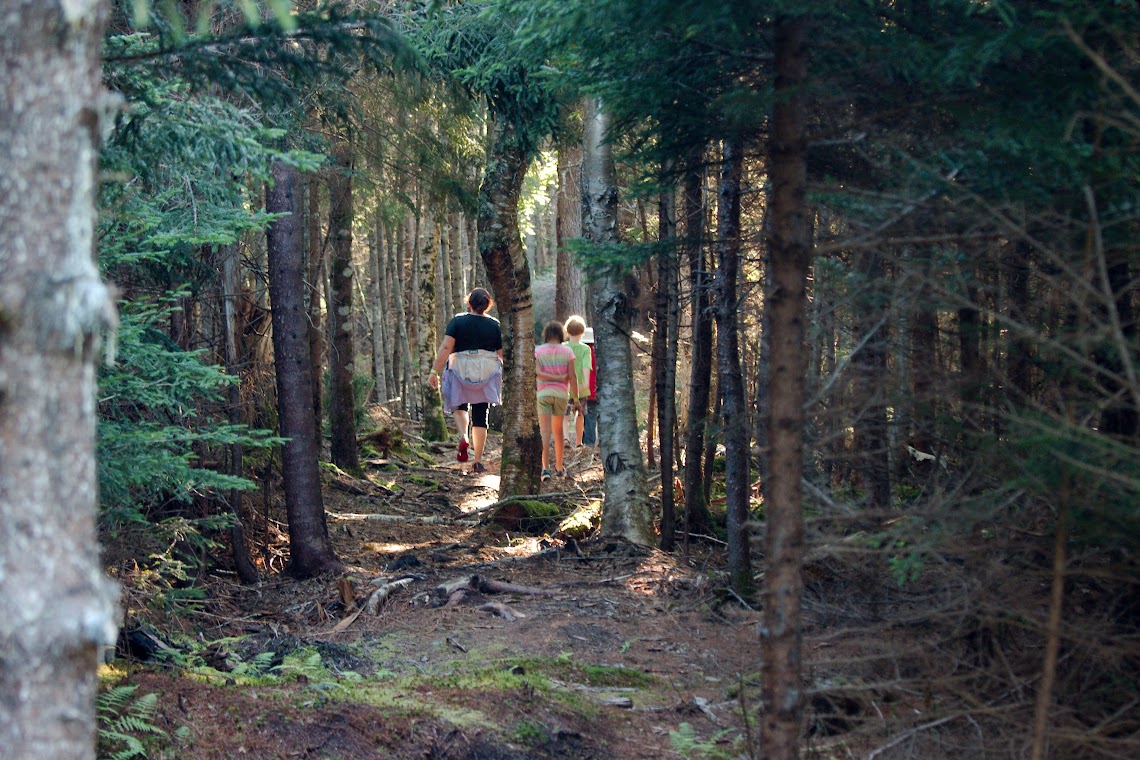 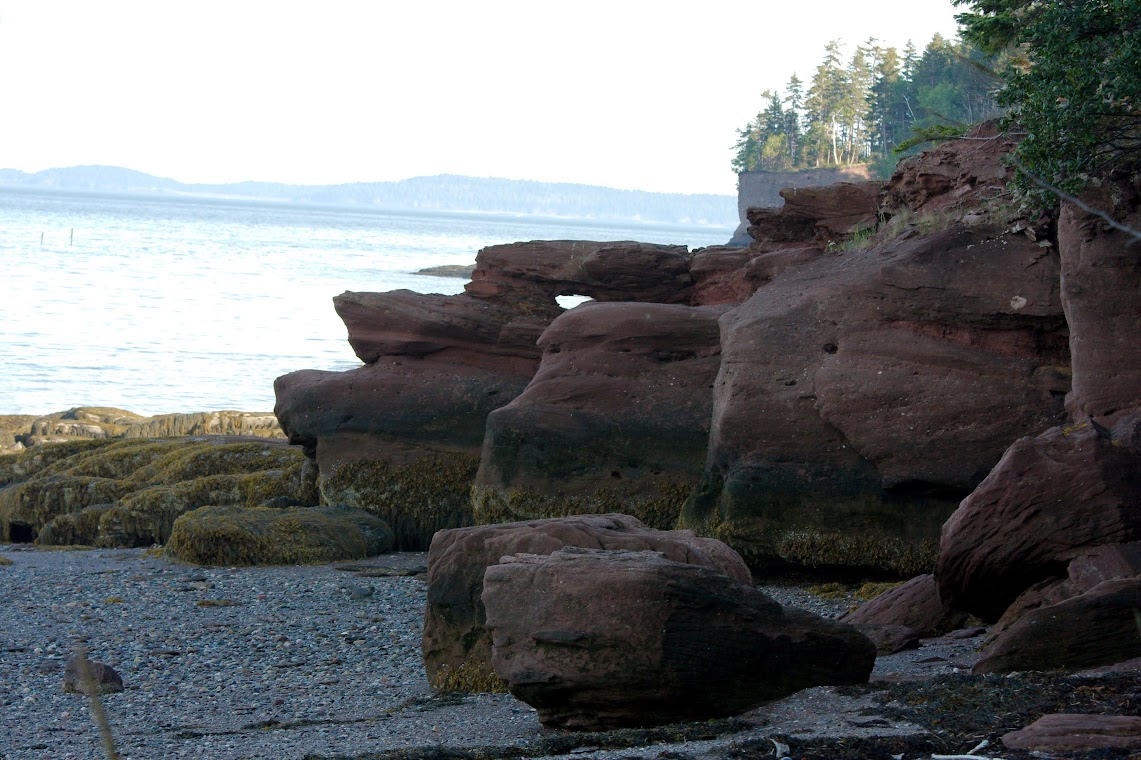 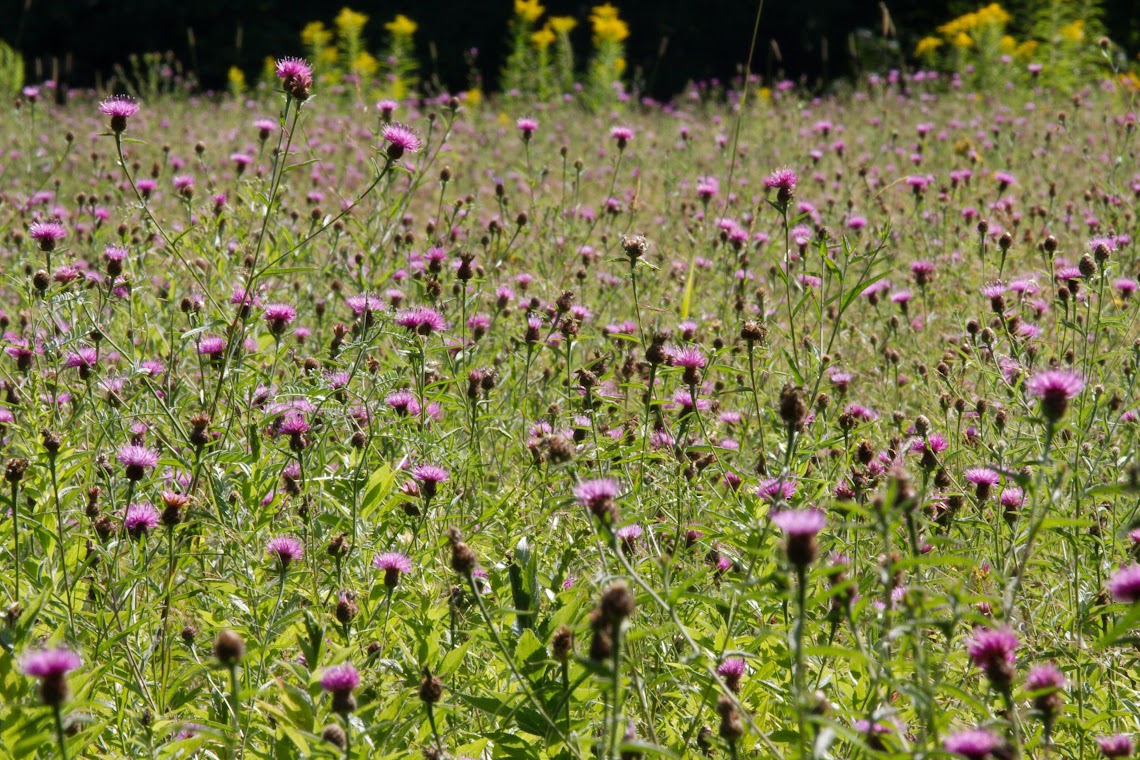 It was a really nice trail walk through woods and fields, and varied shorelines, around half the island. You can see the rest of the pictures at this link. And then another drive back across the ocean, before the mer-road was slerped back up for the evening.