Yesterday was Selena's last class of her summer course (though she still has a final paper to write). I needed to go downtown on an errand. I've been  hearing that there is a Buritto Boyz, a favourite of mine from Toronto, in Hamilton. My knee has seems pretty much back to normal. I've long wanted to check out more of the Hamilton waterfront trail. I've been harassing Selena now-and-again that she should ride her bike to the University -- it's faster than the bus! -- but she has declined for all sorts of crazy reasons: snow, rain, sweat, heavy bags, the mountain, and silly trivia like that. So, why not take this last chance of the year to combine all these things! I started plotting... a route. Here it is.... 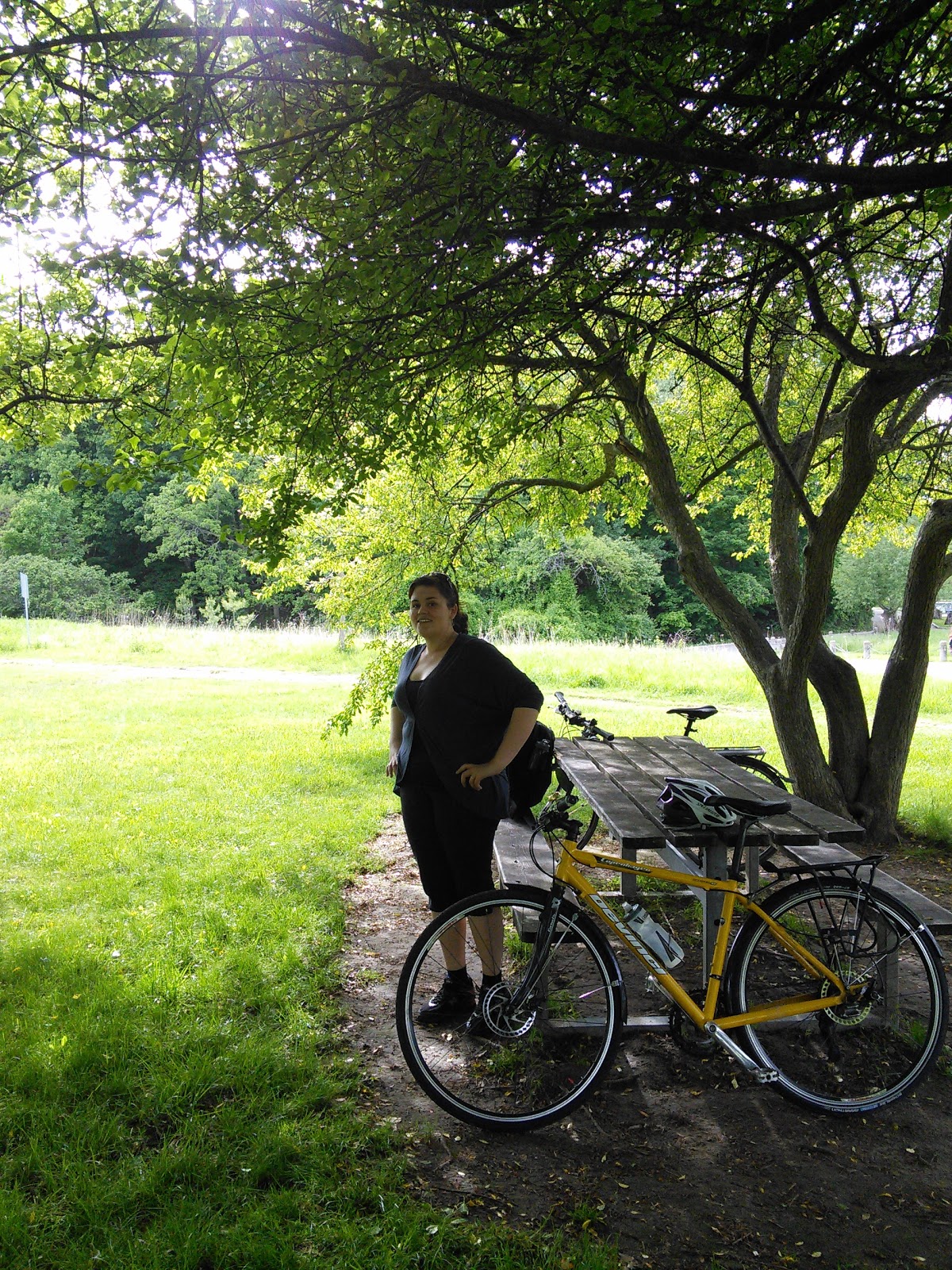 We biked first to the University. We left a bit later than expected due to last minute misplacing of things that needed to be found. Selena's class started at 11. We left at 10:15. It takes the bus almost exactly 1 hour to get from here to the University (including one transfer downtown), so she'd have been late if we took the bus. We arrived and, a bit to our surprise because we did not ride very fast, found we still had 10 minutes to spare -- it had only taken about 35 minutes.

Admittedly there was sweat. But anyhow, Selena had time to cool of a bit. I got to finally see her office desk a the University, after all this time. In fact I got to sit at it for 3 hours and do my own thing there while she went to class. (I'd brought my laptop; I had stuff to do.)

After class we headed downtown. We mess up the planned route a bit, somehow mistaking Main St for King St and getting a little confused. But it all worked out. Unfortunately the GPS signal got lost on the errand, and I didn't notice until we were waiting for our order at Burrito Boyz -- hence the straight line across downtown on the map to when the GPS regained its fix. 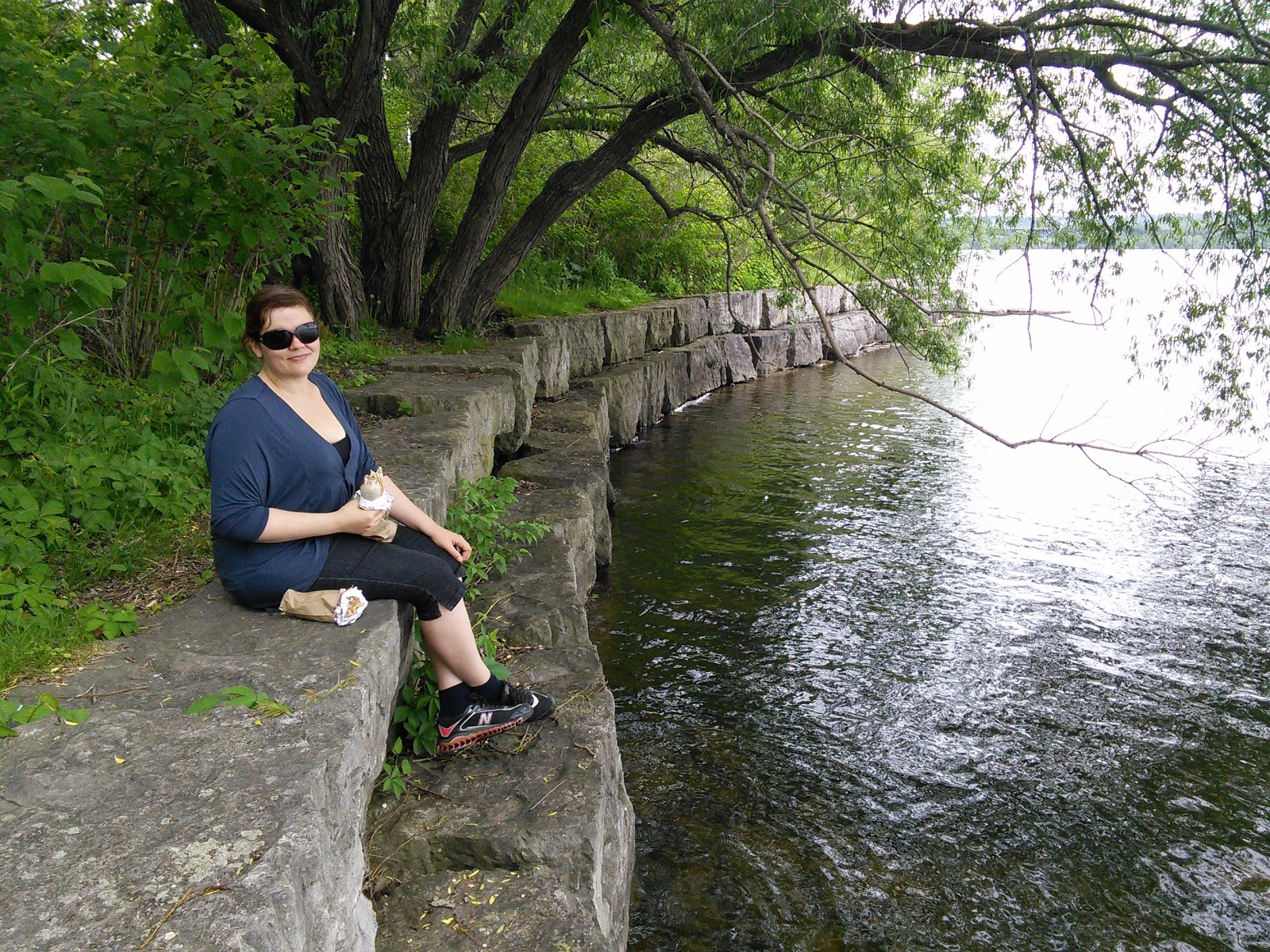 And finally, with burritos: to the waterfront! We had a pretty relaxing lunch sitting in a secluded spot by the lake. Alas, the Hamilton Buritto Boyz (at least this time) does not match up to the venerable Toronto (Adelaide St) shop; this is to say the burritos were okay, but not spectacular as every single one of the Toronto ones I've had over the years has been. But that's okay! It made for a good picnic anyhow.

After a while, we kept on around the waterfront, discovering (as suspected) you can go under the highway on the trail over to Cootes Paradise. From there it's basically a straight line back to the mountain. The Chedoke stairs are "bike-friendly". They have a groved ramp along side the steps which you can push your bike up, so you don't haver to carry it. So, 289 steps later -- with a few breaks on landings along the way -- we were in the home stretch.

In closing, I have asked Selena what she would like to say about her bum. She says, "HURTS!" That is all. But she did it. 30 km is a pretty good distance for not having biked much for quite a while. It's a pretty long distance for most people, period. But we need to continue to build up the bum stamina for the summer! And we will. Oh, we will.... 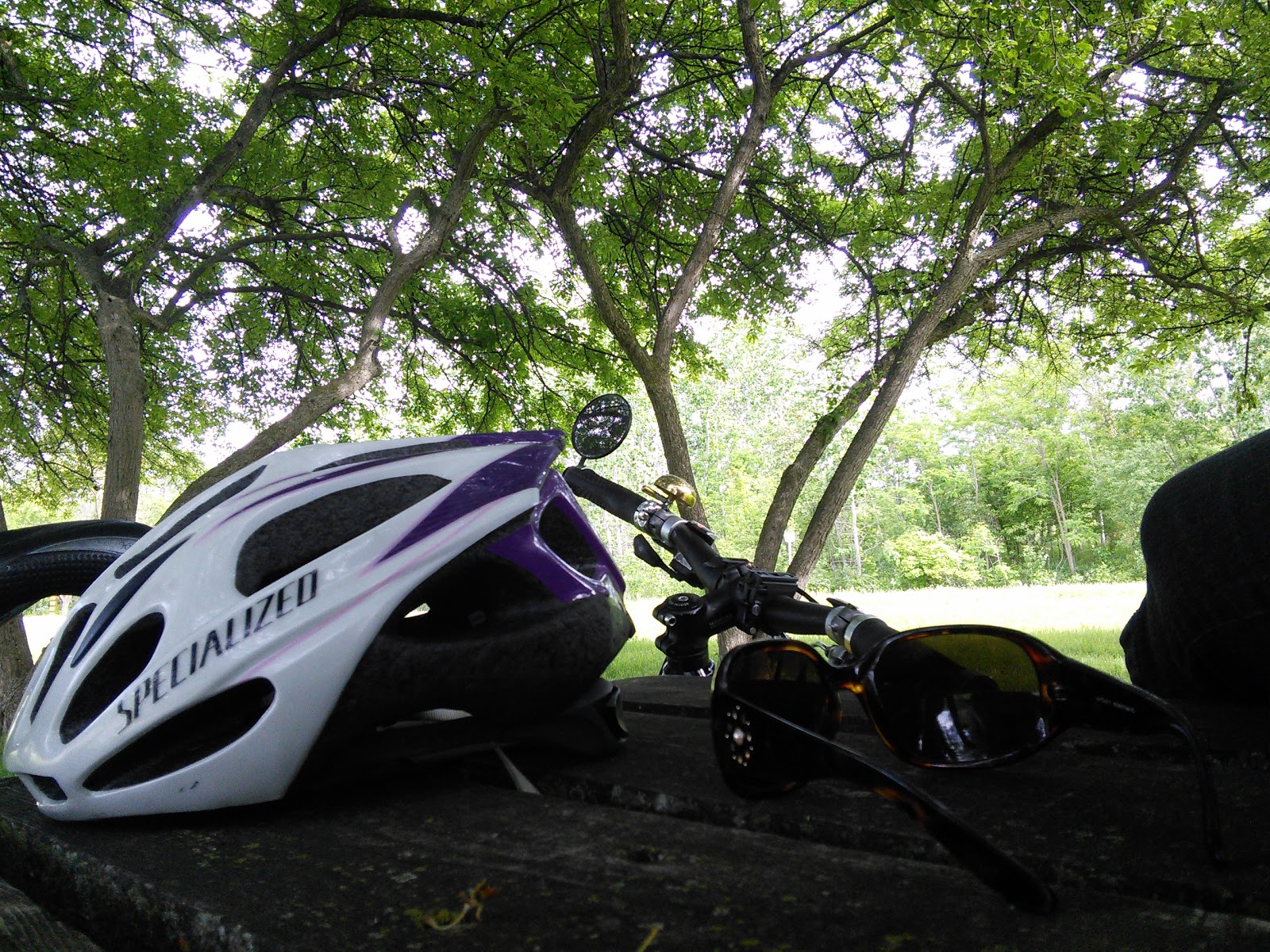 And when we got back, we found this little fellow had bloomed in the front garden... to welcome us home. 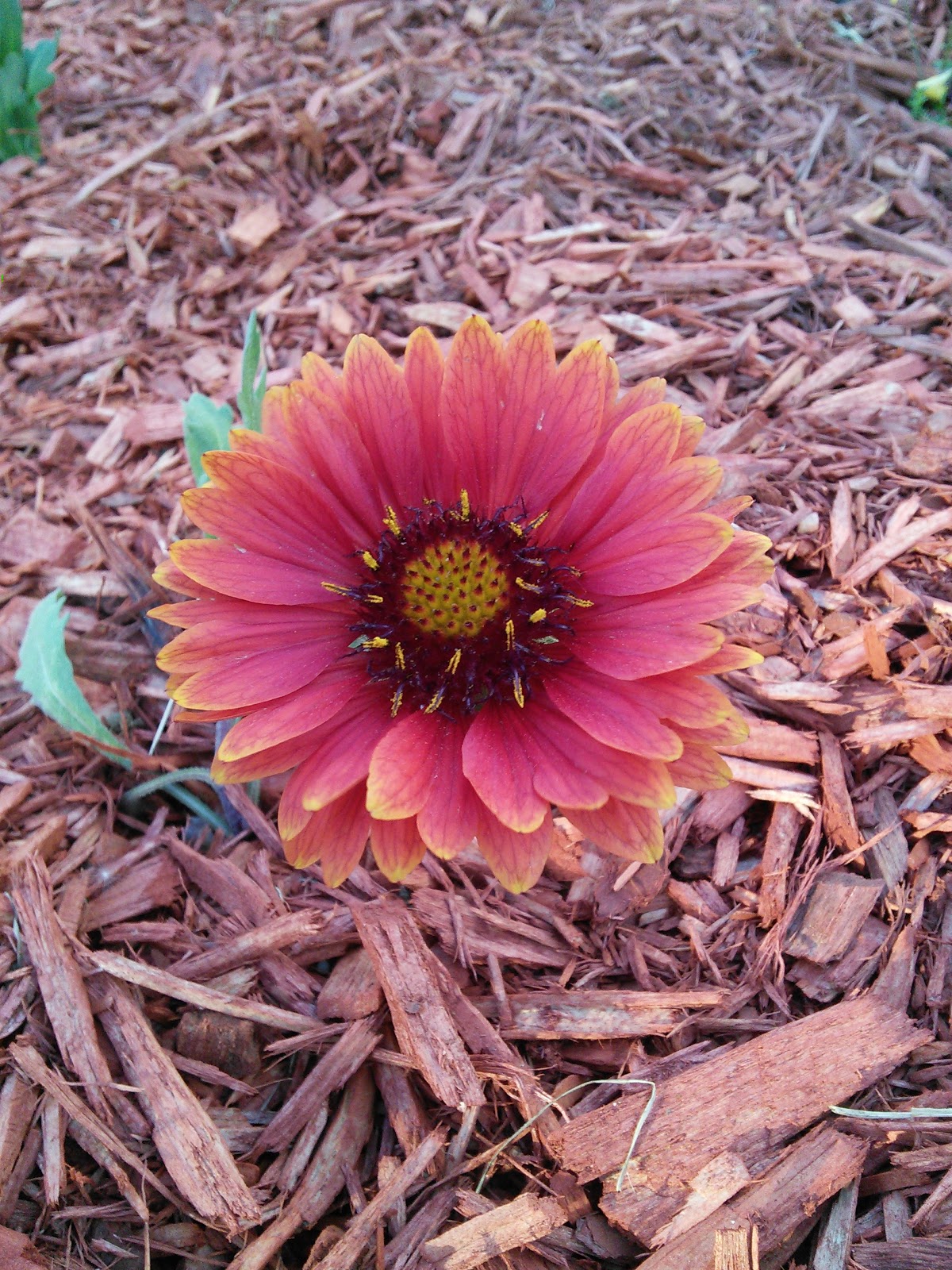