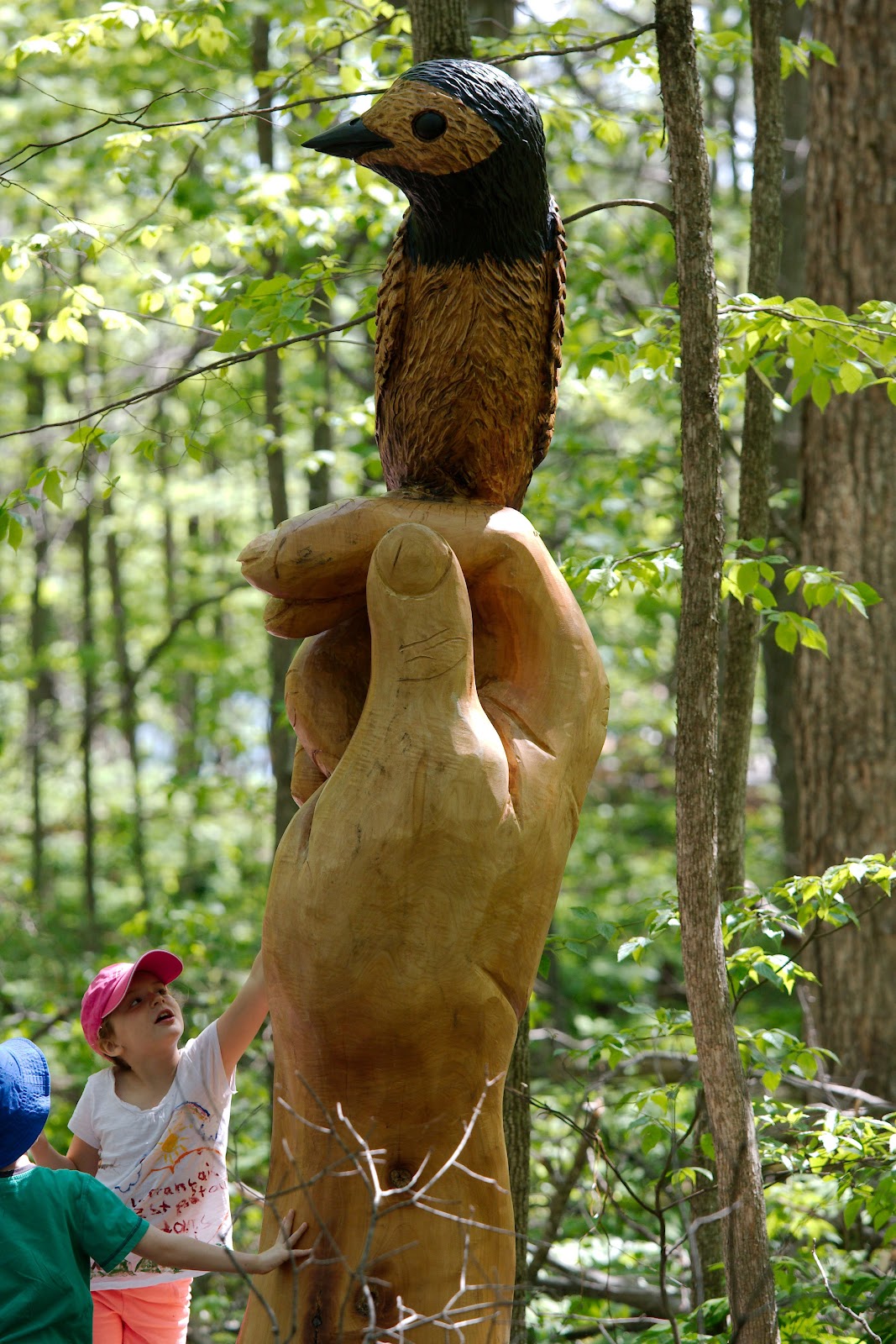 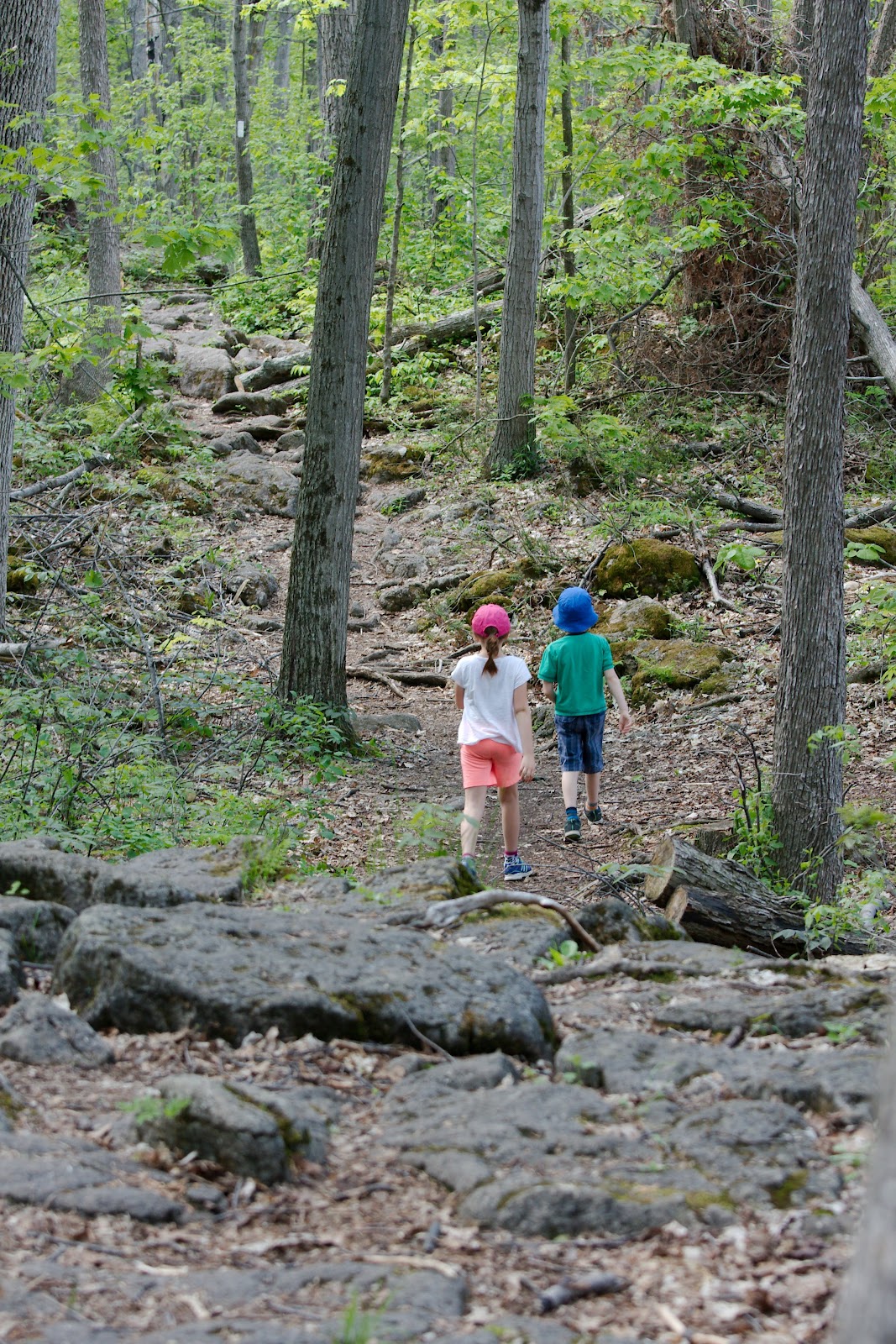 Last weekend we randomly decided to check out Crawford Lake Conservation Area. The lake is meromictic. And there's Iroquois style long houses. When we got there Istra got particularly excited about the long houses, as she had learned about them in school this year. When we went in she exclaimed, "It looks exactly like my teacher told us! Except for that..." The "that" was a fire extinguisher attached to the wall near the doorway. The small, but extremely deep, lake turned out to have a boardwalk entirely encircling it -- which was nice, but not very hikey. Near the trail head there were also carvings of endangered species in the woods along the path. There were other trails around of varying roughness. We also checked out the escarpment loop, half of which was pretty smooth, and half of which was pretty rocky. It had a nice lookout over a valley which looked like wilderness as far as they eye could see in both directions: but I now see on the aerial view that the eye just couldn't see far enough... there are actually farms on both ends! Anyhow, it was nice.

There is a map below (or click the title below to see it bigger), and here are all the pictures. 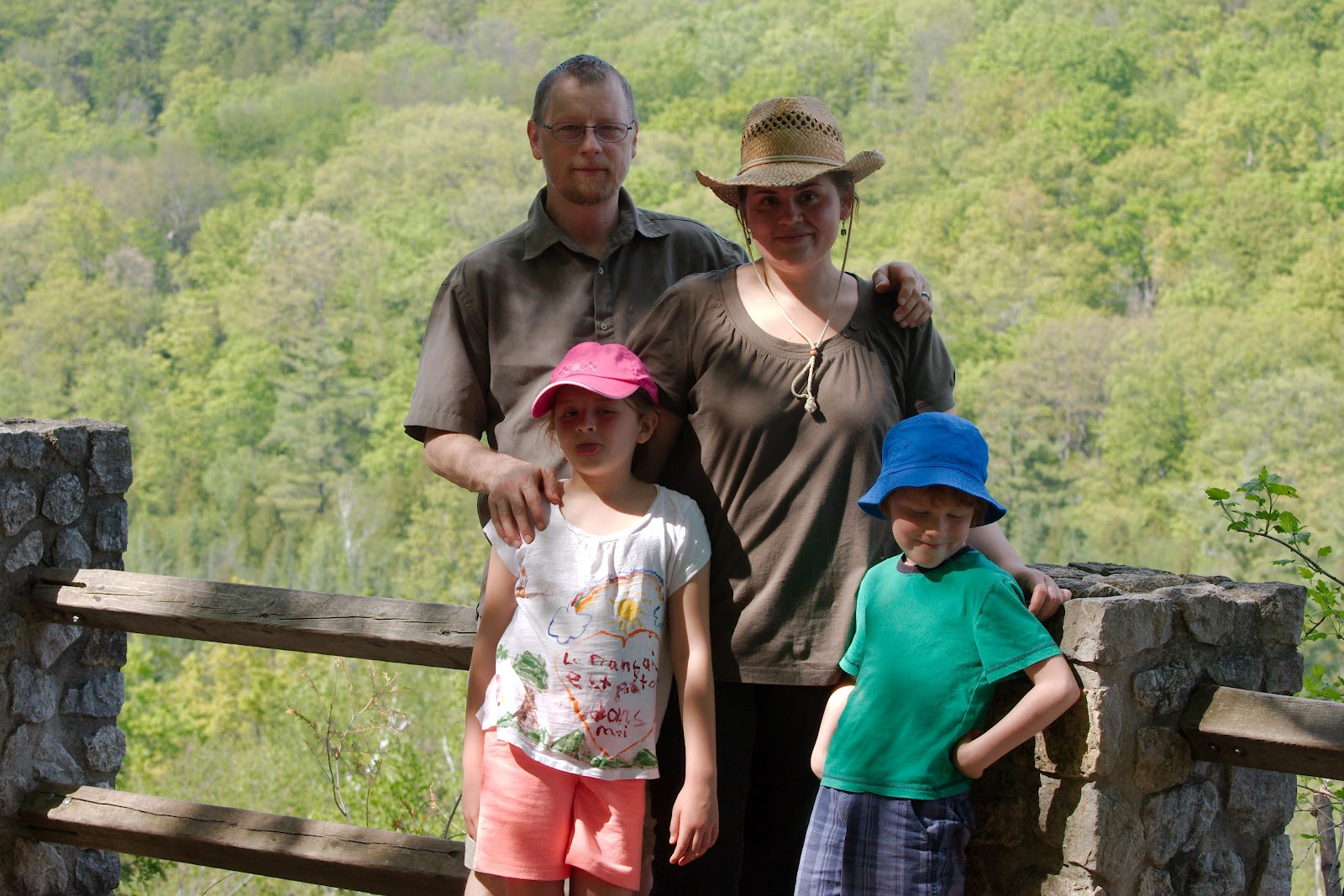