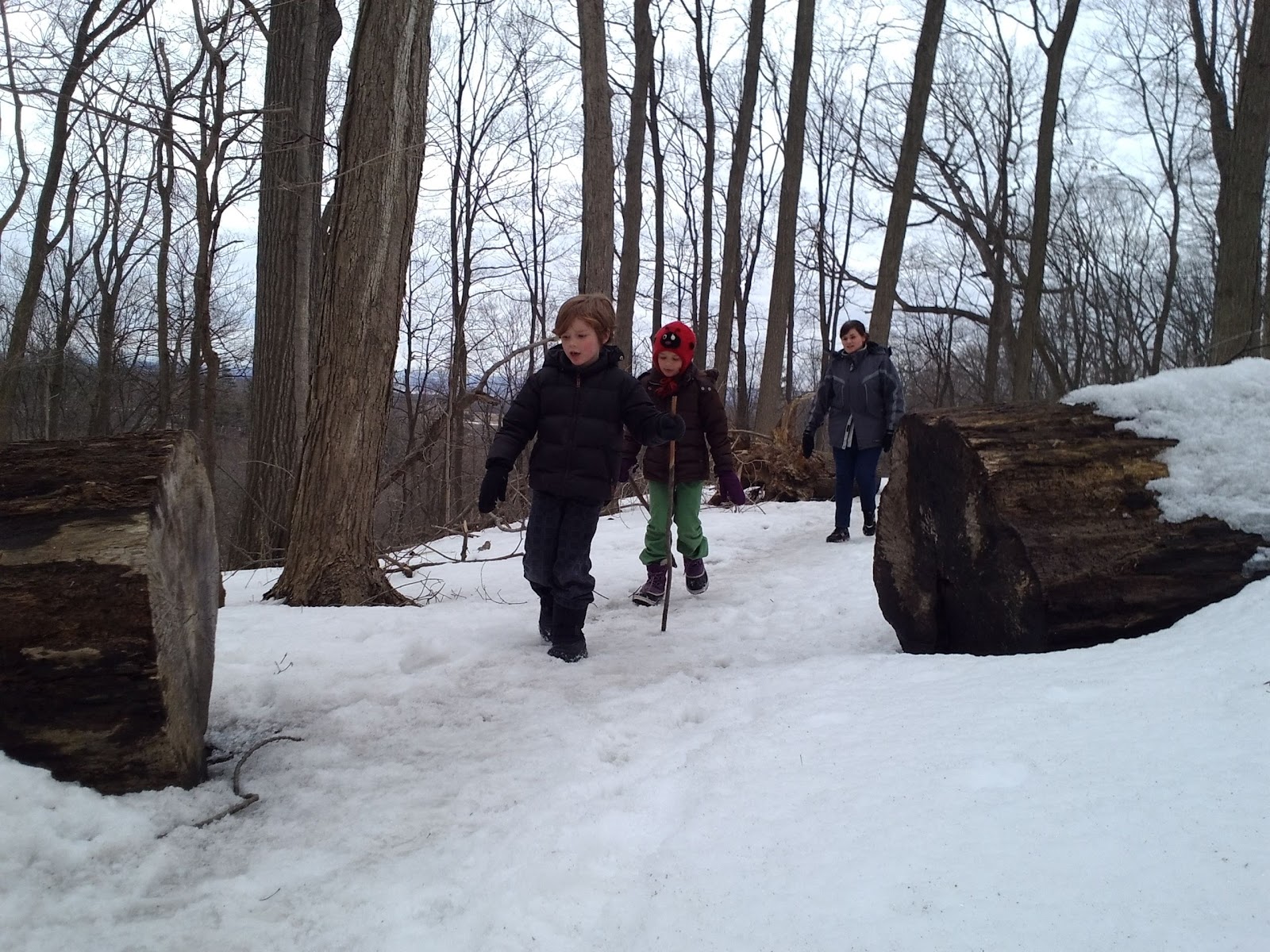 So, we ventured forth on our first proper hike of the year. There is still plenty of snow on the ground which made the escarpment hills extra interesting to traverse, and helpfully protected us from most of the mud. Amazingly only one kid wiped out and besmirched himself. It was me. I was off-trail going for a picture, of course. (Speaking of which, we only had a little tablet along for photos; but we made do.)

Speaking of "off-trail", when it was decided to turn around and head back, I decided to loop around a bit further on my own, exploring the plentiful animal trails. Not too long after I lost sight of the gang, I ran into another gang: of deer. I counted 10 prancing off, down a valley and up and over a hill on the other side, but I'm sure there were some I missed. And I was also surprised to find that two had stayed behind, keeping a close eye on me as I came closer. I've never seen so many deer together at once in the wild before.

The kids had a great time with their walking sticks. With their poles they attempted to boot-ski down many hills. Istra often took the lead, blazing the trail. The temperature was nice (around 5 degrees), so nobody got cold. All was peaceful.

You can see more pictures, including some of the deer, here. And a map of our journey here. 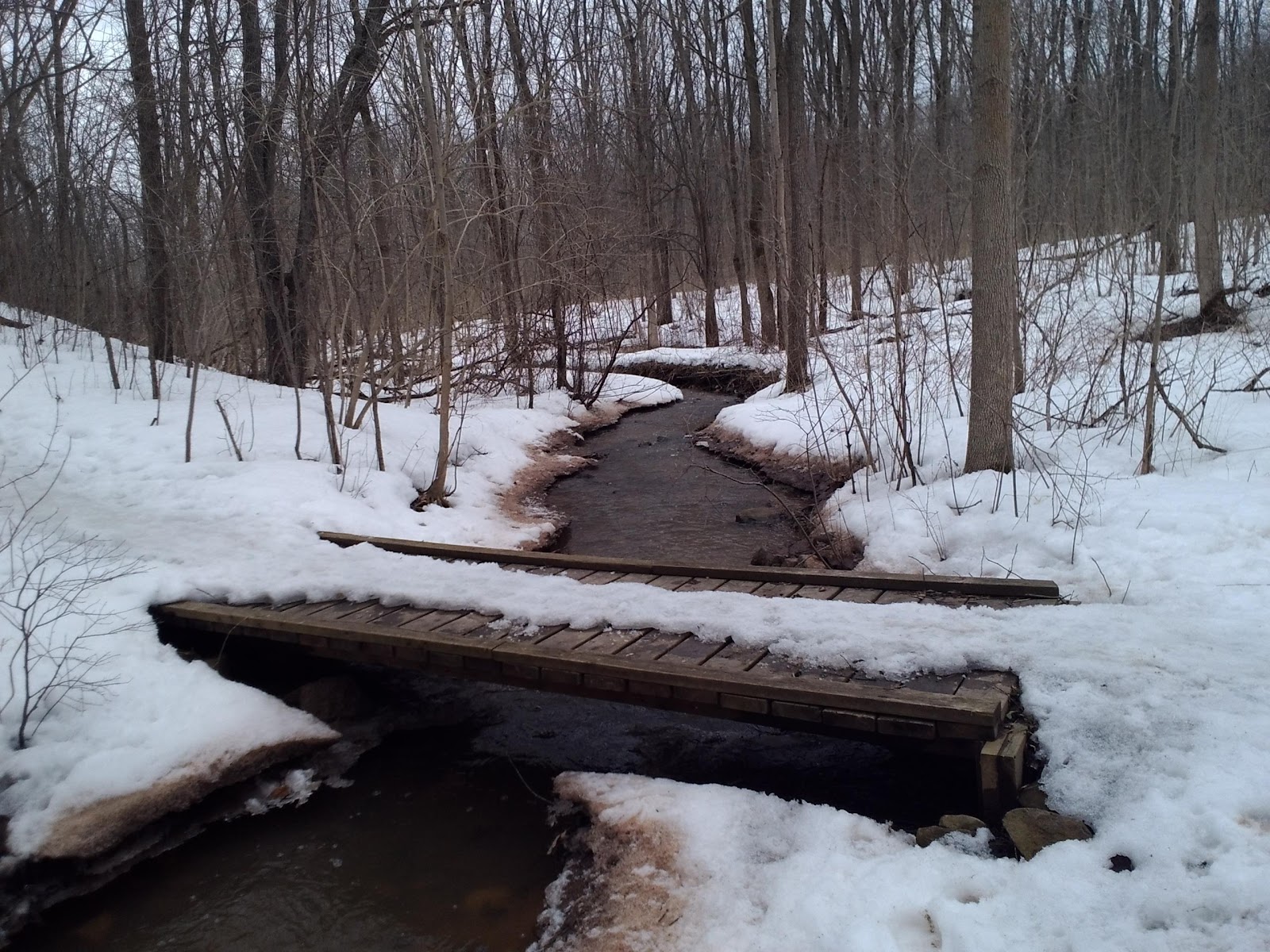