After some confusion, we got the proofs that school Picture Day did actually happen for Emeth. You can see below that it turns out Eme had good reason to confuse us with continual denials that picture day had ever happened for him. He simply must have had a premonition of the ridiculous result? So, anyhow, we declined to purchase these for reasons which I'm hoping are apparent: 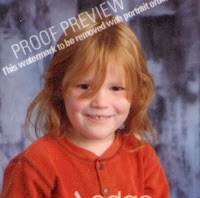 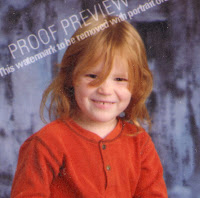 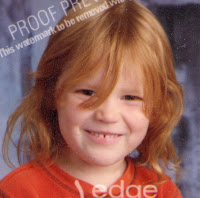 If you don't know Em, and thus are not intensely embarrassed for him on seeing these bizarre reflections, these pictures do have some weird cuteness to them. But the point of (more-or-less) formal portrait photography is generally not quirkiness. Combine this with the somewhat exorbitant (in my opinion) fees charged for the privilege of obtaining copies of these factory farmed portraits, and our general lack of funds, we decided not to shell out this year.

(The psychology of school portraits is interesting. You find yourself feeling mildly guilty for not handing over the wad of cash -- even for horrific, forehead-slapping, atrocities such as are represented above. You fear that you're somehow missing out on something in your child's life if you forego buying --- this, despite already having hundreds (or even thousands) of great personal photos of the subject already. Truly a deeply captive market has been cornered here, it would seem.)

Istra's pictures were not quite so bad, though she did don her usual painfully fake smile. Istra loves picture day. She loves to dress up. But whatever you do, do not ask her to smile! If you do, you get the awkwardly strained results like below. Or worse. Every time.

Actually, we were afraid for Istra's pictures for a different reason. That fateful morning, Istra had got all dressed up, and got her hair in place, and looked all ready for her pictures... but when we got to school we found her hair a bit of a mess, and a garish yellow plastic hair band lodged crookedly on her head. Cautiously we inquired: Uh... Istra... where did you get that hair band... and did you put it on before pictures??!!! Istra happily said she found it in her backpack, and yes indeed she had put it on herself for pictures. Wonderful. We cringed.

But, much to our surprise and relief, the garish thing didn't look too terribly bad in the pictures when we got them. At least it wasn't insanely crooked. It could have been much worse. 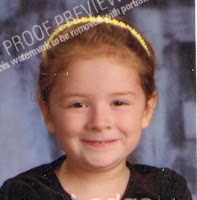 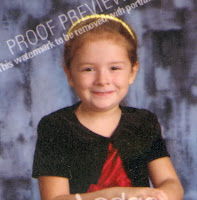 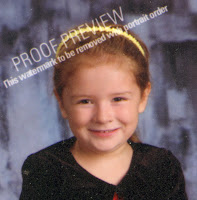 But thankfully (if I may say, without disappointing anyone), the distress of Emeth's pictures, spared us from accepting any of these mediocre and strained pictures of Istra, with her surprise golden halo.

The main thing I was concerned about, was that I wanted the class photos for the archives. I figured, if need be, we could borrow one of these from one of the other parents to scan, but it turns out all kids get a free copy of the class photo whether they order the individual photos or not. I guess this is part of the deal that gets the photography company in the door to fleece the little lambs' parents. Well, it works out in our favour this year! See the class photos below.

Part of my justification of not buying these pictures, for the archives, and for relatives, was that in looking at them I couldn't help but think it'd be hard for me, with all my photography gear and experience, to do worse. So, in a back-handed sort of way, I found these pictures somewhat motivational to think about trying my hand at some formal portraiture. I have done some experimental sessions, but it remains to be seen whether I do actually produce a decent portrait-of-the-year for the kids or not. (The main issue is the lighting set up... organization and time.)

Anyhow, without further ado, here are the coveted (quite nice) class photos for those interested. 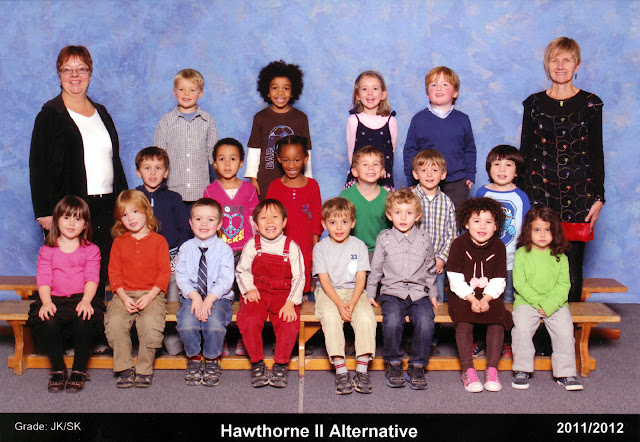 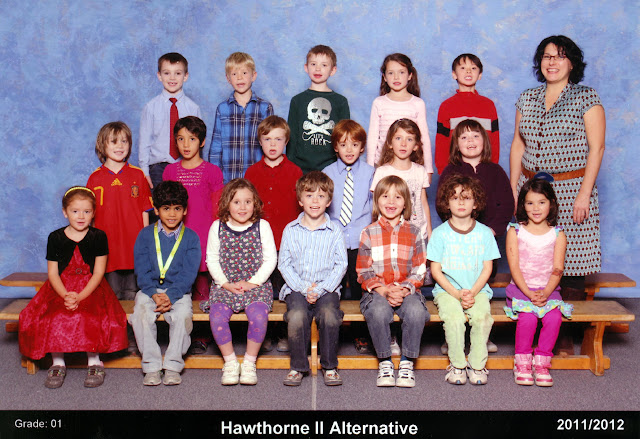