Edge of the Week


Selena and I were in Orillia this weekend, to see how things were going, and just be around. Things seemed to me to be settling down. I think (i hope) the initial shock of all that has happened is fading. It seems this week everyone will be starting to get back to their regular schedules... though of course this will be harder for some of us than others.

I actually managed to get a bit of "work work" done this weekend on the big project I'm supposed to be working on. Which is more than I can say I did on it last week. So that's good (for me). The client has been more than patient with us; I hope to make it up to them eventually, somehow. 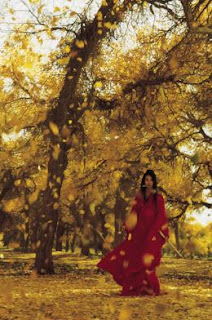 On Tuesday Selena and I have a date with Anne and Sandro to go out for dinner, and then to catch a movie. The odd thing about this event is that for the first time ever it will be Selena and I dragging Anne and Sandro out to the movie, instead of the other way around. Freaky.

Selena and I already have seen the movie (that's another long story); it's out of the theatres now, but the Bloor Cinema is playing it this weekend past, and until Tuesday. Last chance to see it again on the big screen. I found the imagry quite powerful, and am interested feasting on it again. The subtitles were a bit distracting in the first viewing; now that I know the story, I'm thinking i won't have to work so hard to make sure I don't miss any dialog. I will be watching more for other things...

Selena continues to struggle with fatigue. We'll have to try to make sure she gets an afternoon nap on Tuesday!