Wikipedia defines a karst as "a landscape formed from the dissolution of soluble rocks such as limestone, dolomite, and gypsum. It is characterized by underground drainage systems with sinkholes, dolines, and caves." 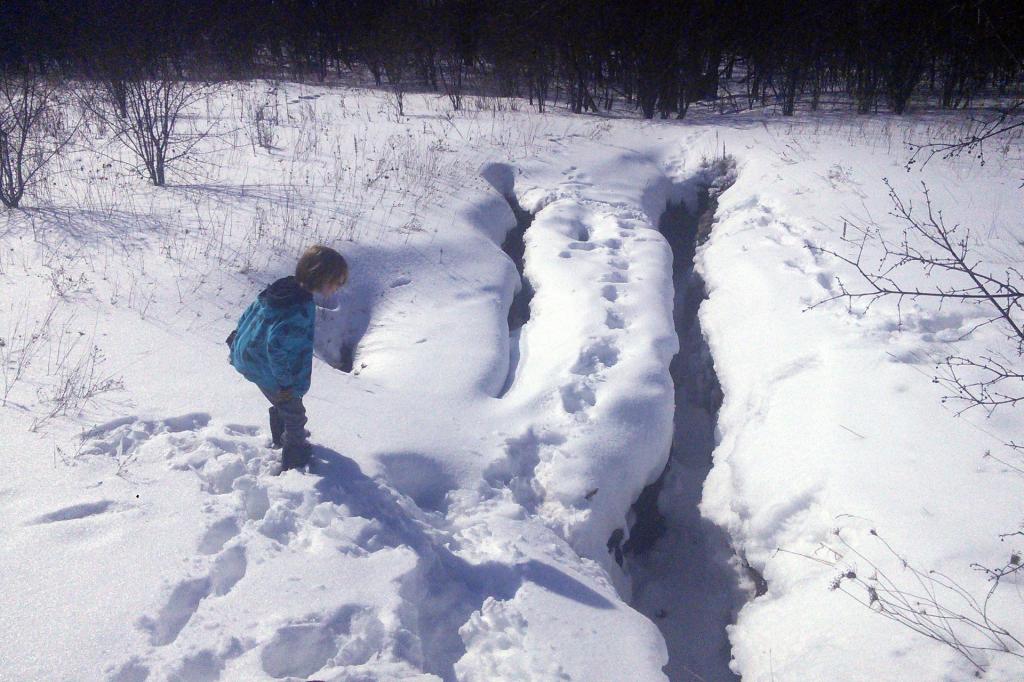 We had not heard this word before until we visited Eramosa Karst Conservation Area, on the edge of Hamilton, for a Sunday mini-adventure. The conservation area is now sadly pretty much entirely surrounded by desolate-looking treeless new housing developments. But I guess people have to live somewhere? I guess those people are lucky to have a big chunk of natural space set aside in their midst. The amount of evidence for people who do not seem to care enough to pick up after their dogs on the trails of the conservation area does not bode well for the area being very well conserved in this context, however. Sigh!

Anyhow, the interesting and unusual feature contained in this plot of land is a natural "window" into a cave, through which an underground stream flows out to the escarpment. It was still too snowy for us to see much, but it was still interesting. The kids were excited to see their first "real cave", after playing so much minecraft, even if there was not much to see with this one.

Istra and I (and Emeth, as it flew away) also saw our first robin of spring!

For a few more pictures and a map, see here. 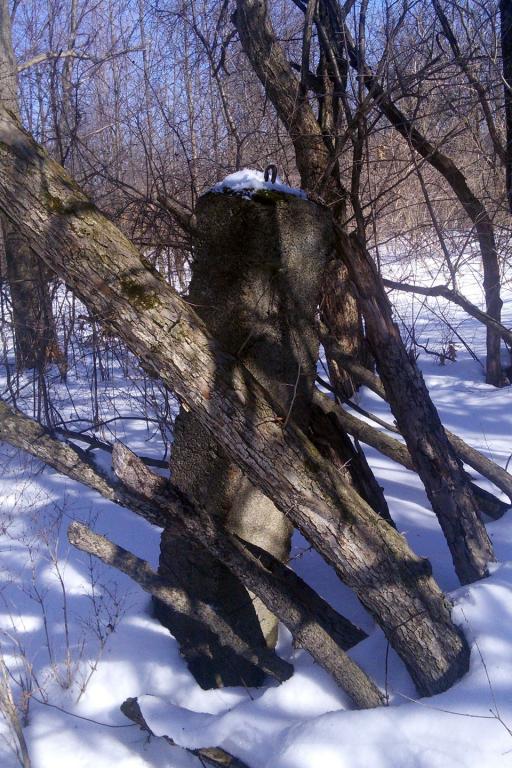