Back to the Christmas, Part 1

First Christmas this year was something a bit different. Bright and early, we packed up our traditional Christmas stollen, and the kids, and headed downtown to Anne's place for Christmas morning. Gramma had slept over there. 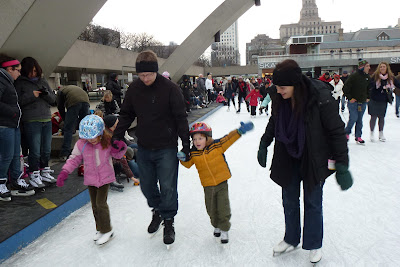 You can see all the pictures here.

Stollen note: Selena tried to health up the stollen this year. She used dried cherries rather candied/maraschino cherries; and some of the loaves were made with 50% whole wheat flour. I unexpectedly found I liked the whole wheat stollen better than the pure white. Perhaps it was pscyhological. As usual, of course, a simple lemon icing sugar topping was applied to all stollens.
Posted by T at 23:02