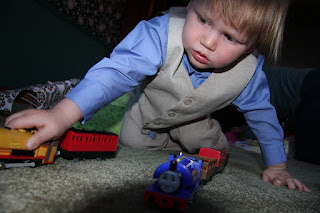 It's not quite Emeth's birthday yet. But since it is close, and the family was together (with an extra special appearance by Whitney flown in from the plains), we decided to unload a bunch of new trains on the lad. Seemed like the best thing to do.

The linked photo gallery is still in rough shape with many broken links/pictures... but it has a nicer new slide show module at least! Check it out. 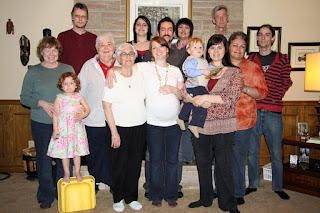 There's a lot more that could be described. But I'm (more than) out of time. The pictures will have to do.
Posted by T at 00:39